Chelsea have agreed a deal in the region of €35m to snatch Benfica’s highly rated central midfielder Nemanja Matic, according to reports from Portugal newspaper O Jogo.

The 26-year-old, who was also a target of Manchester United, is expected to be in London tomorrow to conclude the deal. 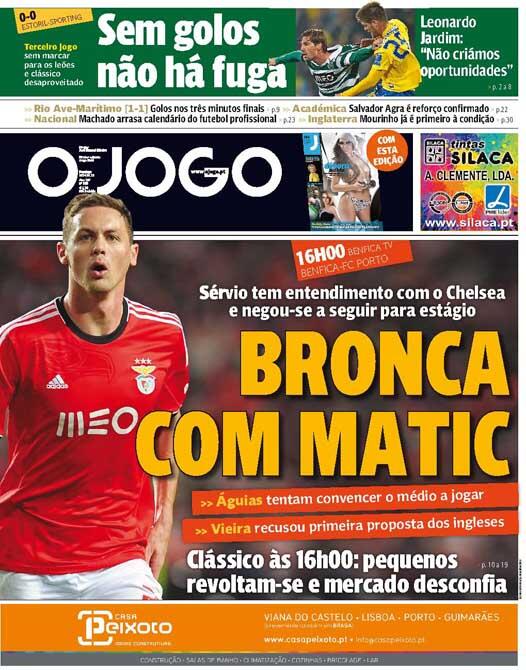 According to the report, Matic has not traveled with the Benfica squad to put further pressure on the Portuguese club.

The Serbian international joined Chelsea in 2009, but after making only couple of league appearances he was sold to Benfica in a apart deal that saw David Luiz coming to Stamford Bridge for a reported fee of £21M.

Matic has an agreement with Chelsea. He’s refusing to play today with Benfica to put pressure.

Chelsea boss Jose Mourinho recently said that he doesn’t expect any striker to buy in the January transfer windowm but didn’t rule out the possibility of bolstering the squad elsewhere.

Central midfield is certainly one of the areas where it needs reinforcement. With club legend Frank Lampard is approaching the apogee of his career and Micahel Essien not that same force any more, there is a need to add sufficient quality.

Matic, a technically gifted central midfielder, fits all the bill that Chelsea need at the moment. Most importantly, he can rack up odd goals as well. Take a look at this for an example below…