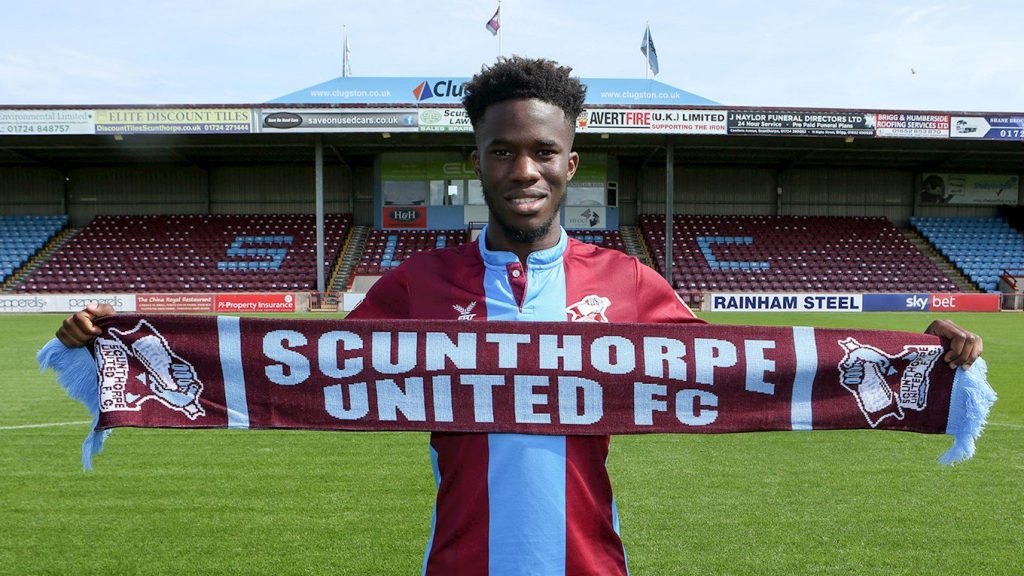 Chelsea have confirmed striker Ike Ugbo has joined Scunthorpe United on loan until the end of December. The Blues say Ugbo will return to the Blues in time for the New Year, with his loan contract with United ending on December 31, 2018. The 19-year-old will hope to impress and put himself in contention of featuring for the first-team upon his return in the coming months, although he does have stiff competition from Alvaro Morata and Olivier Giroud.

Ugbo has risen through the youth ranks to the fringes of the Chelsea first-team. He’s turned out 32 times for the u23s, scoring an impressive 15 goals, and will now look to prove his worth at a competitive level. Scunthorpe are currently 18th in League One with five points from as many games this season. They’ve scored just five goals and conceded 12, so Ugbo might be feeding off scraps.

The young centre-forward, who has represented England at u20 level, has embarked upon two loan moves previously. He spent the first-half of the 2017/18 season with Barnsley (18 games, two goals) before seeing out the remainder of the campaign with MK Dons (17 games, two goals).