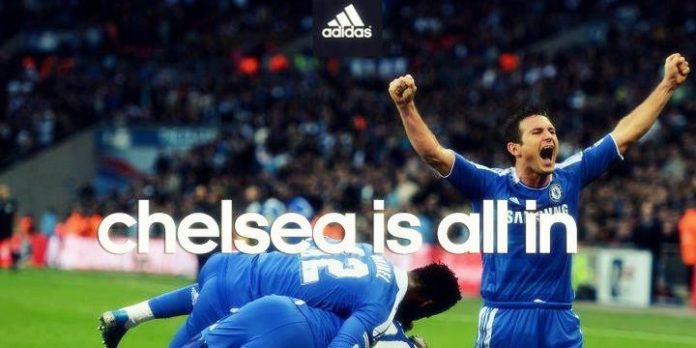 In a joint announcement from London yesterday, Chelsea and adidas announced the extension of their global partnership. The deal that was signed is the biggest in Chelsea’s history that will make adidas their official sportswear supplier for the next ten years.

Chelsea will now earn £30 million a year from this partnership – according to Daily Mail. adidas launched Chelsea’s 2013-14 home kit in April this year with the iconic “It’s blue, what else matters” campaign and it became the most successful club home kit launch ever.

This renewed partnership between Chelsea and adidas will end in the year 2023. The partnership started in 2006 and the Blues have continued to grow as a club since and they have won major silverware in England and in Europe.

They became the first Londoners to win the Champions League. Chelsea also won the Premier League, League Cup, Europa League and four FA Cup titles. An increase in revenue will give Roman Abramovich the chance to let Jose Mourinho buy at will and aim to achieve further success.

Bayer Leverkusen’s Andre Schurrle became Mourinho’s first signing in his second stint as Chelsea manager. The club paid £18 million to the Bundesliga side.

Talking to the press about the extension of the deal, Chelsea Football Club’s Chief Executive, Ron Gourlay, said:

“We are delighted to extend our partnership until 2023 after a highly successful first seven seasons.

“Both organisations share the same ethos and ambition and the new deal reaffirms adidas’ belief in the club’s status in world football.”

Also present to comment on the deal was Herbert Hainer, the CEO of adidas AG, he said:

“Both adidas and Chelsea FC have a long and proud heritage in football and we are delighted to continue our working relationship with one of Europe’s elite football clubs.

“We look forward to many more years of success, working closely with the club on product, marketing and grassroots initiatives in the UK and around the globe.”