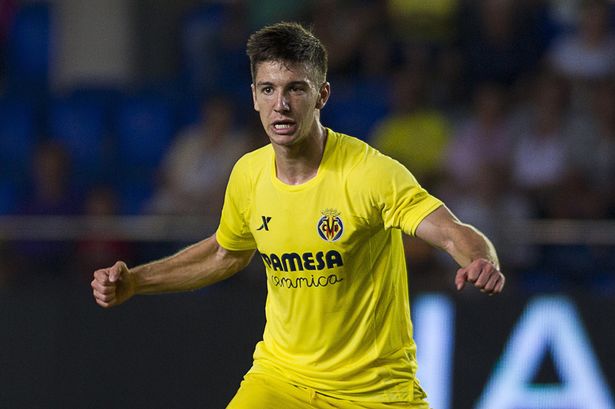 Former Arsenal forward Charlie Nicholas has urged Arsene Wenger not to splash the cash on big name striker and insisted him to sign Villarreal’s Luciano Vietto in the summer.

The 21-year-old joined the Spanish club from Racing Club last summer. He has been in fine form for the La Liga giants this season, scoring 18 goals and managing six assists in all competitions.

The Gunners have the services of Olivier Giroud and Danny Welbeck as the two strikers at the Emirates. The French international has been in impressive form for the North London club since returning from injury.

Nicholas believes Giroud can help Arsenal win the title. However, he claims Vietto is “Arsenal type of player” and has a huge potential to be a future star.

“I don’t think Arsene Wenger particularly wants or needs a new striker – we can win the league with Olivier Giroud – but if we are to get one in, rather than go for a big name, I’d like to see us target Luciano Vietto, the young Argentinian lad at Villarreal,” Nicholas told Sky Sports.

“He’s an Arsenal type of player – he’s all about good movement, but his touch is good too and I think we could get him at a good price. He might need a bit of time to adapt, but he’s got so much potential.”

It should be seen whether Wenger will make an approach for the Argentine striker after the end of this season. Vietto’s contract at Villarreal runs down in 2019 and any approach from the Emirates club could see the La Liga outfit demand a transfer fee, which could convince them to let the striker leave the club.