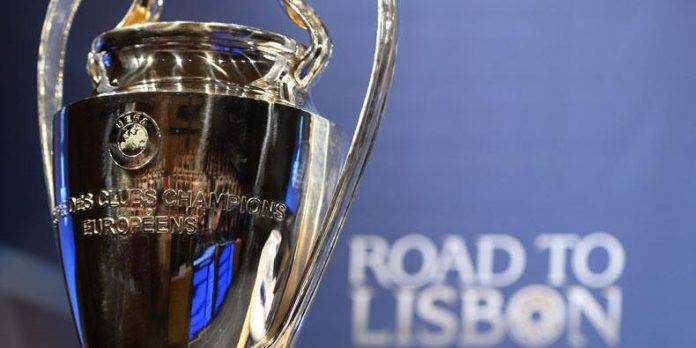 Chelsea will play Atletico Madrid in the semi-finals of the Champions League.

The Blues were drawn against the Spanish side during a lavish ceremony this morning in Switzerland, with Real Madrid thrown up against current Champions League holders Bayern Munich in the other semi-final.

Jose Mourinho will fancy his chances against Champions League fledglings Atletico, but considering the Spanish side sent giants Barcelona out of the competition in the previous round, Chelsea should certainly not underestimate their opponents.

Long-term Blues target Diego Costa is the main threat for Atleti, with the Liverpool-loving Arda Turan, Spanish whiz-kid Koke, and former Barca star David Villa just a few of the other potential dangers for Mourinho’s Chelsea.

The buildup to the match will undoubtedly focus on the uncertainty surrounding Chelsea’s on-loan keeper Thibaut Courtois, and whether he will be able to play against his parent club later this month.

The first leg will be played at the Vicente Calderon in Spain, with Chelsea having the advantage of a home second leg.

What do you think? Chelsea fans happy with the draw? Let me know in the comments below…