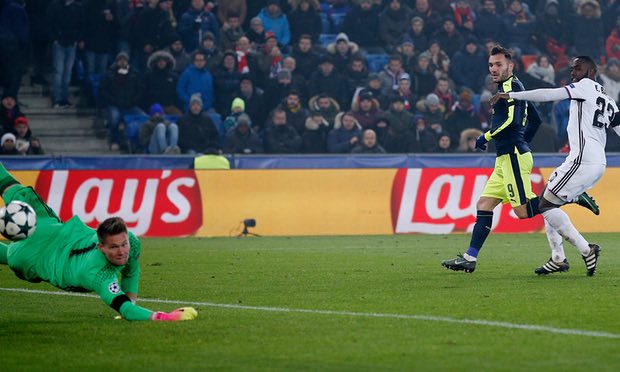 Arsenal finished top of Group A in the Champions League after they won 4-1 in Basel and Paris St-Germain drew with Ludogorets Razgrad.

The Gunners took early control of the match through two easy tap-ins from Lucas Pérez. He secured his hat-trick after the break and Alex Iwobi added another before Seydou Doumbia scored a consolation for Basel.

PSG were held to a 2-2 draw in Paris that left Arsenal top of a group for the first time since 2011-12. Ludogorets booked a place in the Europa League.

1 – For the first time since 2011/12, @Arsenal have finished top in a @ChampionsLeague group campaign after winning 4 and drawing 2. Gunned.

Also, for the first time since 2005-06, the Gunners have gone through a group stage remaining unbeaten. 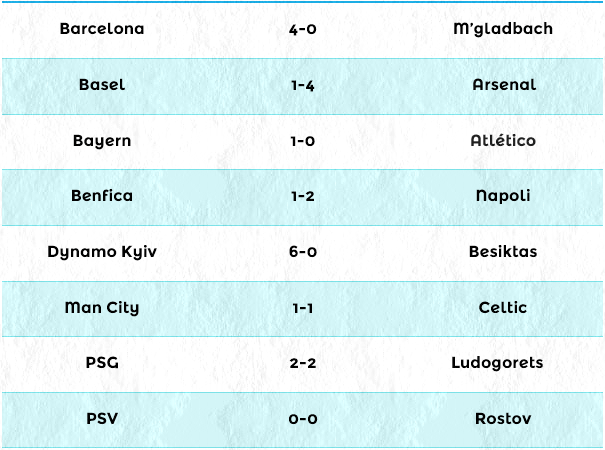 Arsenal will avoid Barcelona, Monaco, Atlético Madrid, and Napoli in Monday’s draw, but they will face one of Bayern Munich, Borussia Dortmund, or Real Madrid.

PSG needed a home win against the Bulgarian side to guarantee first place, but had to rally from behind to prevent an embarrassing defeat.

In Group C, Barcelona eased past Borussia Monchengladbach 4-0 thanks to Arda Turan’s hat-trick and a goal from Lionel Messi.

The Argentine opened the scoring for Barca — his 10th group stage goal this season — but fell short of matching Cristiano Ronaldo’s goal record (11) in the group stage of the competition. 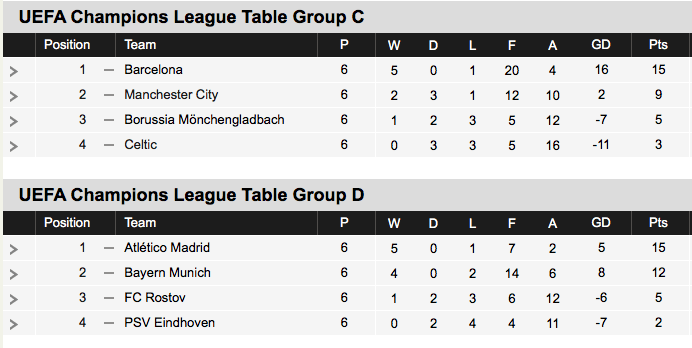 Manchester City booked their place in the last 16 before their 1-1 draw at home to Celtic.

Robert Lewandowski scored a spectacular free-kick to give Bayern a 1-0 win over Atlético Madrid. With that result, Bayern have stretched their record to 15 straight Champions League home victories.

However, Atlético still finished top of Group D. Napoli won 2-1 at Benfica, but both teams have progressed to the knock-out rounds after Besiktas lost 6-0 to Dynamo Kiev.