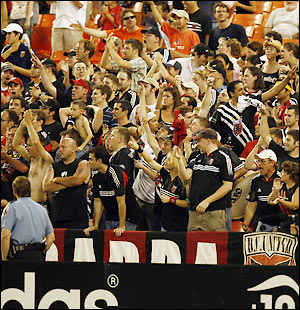 Entertaining and unpredictable are the two words I would use to describe the first leg of the CONCACAF Champions Cup quarter finals.

There are several reoccurring themes in Central American football, all of which were on display this week: lots of bookings, a bit of diving, and crazed supporters. It will be interesting to see how the American teams fare at home, since American supporters aren’t commonly known to be that wild. Hopefully DC United’s Barra Brava will have some part to play in proving me wrong, and I hope the MLS Cup Champion Houston Dynamo’s fans will also be in good voice.

CD Motagua (Honduras) 0 v 0 CF Pachuca (Mexico) (0-3)
In a match hyped as the youth of Motagua versus the experience of Pachuca, the youth — supported by 35,000 — dominated a fast-paced first half hour. As the pace slowed and the match calmed down, Pachuca seemed more than content to let the first leg pass easily: defending heartily and possessing the ball without seriously threatening. A good result for Motagua after three straight league losses, but look for the Mexicans to dominate the second leg at home.

Harbour View FC (Jamaica) 1 v 1 DC United (USA) (1-2)
The Jamaican team, currently in fifth place in their domestic league, showed their fitness superiority for most of the second half of this contest, with Lovell Palmer scoring the equalizer for them in the 85th minute on a corner after Devon McTavish had given the Americans the lead in first half stoppage time. DC’s first competitive match of the season should have yielded more, but they were simply too tired to cope with the colorful Jamaican style in the second half.

CSD Municipal (Guatemala) 0 v 0 Houston Dynamo (USA) (1-3)
Other than several chances in the last fifteen minutes of this match, it was a rather boring affair. Craig Waibel managed to clear a cross over the bar from right in front of the goal, and Ricardo Clark hit the post with a speculative thirty yard strike around the seventy minute mark. A very stop and start match, with many fouls and a lot of time-wasting. Overall, disappointing.

CF Atlante (Mexico) 2 v 1 Deportivo Saprissa (Costa Rica) (2-2)
In an entertaining cap to the quarter finals, Atlante came from behind to defeat the visiting Costa Ricans. Against the run of play, Saprissa scored through Walter Centeno in the 26th minute. Atlante equalized from Gabriel Pereyra in the 40th and ensured their victory when Christian Bermudez scored their last goal in the 71st. Just as I predicted, this was an exciting match with end to end action and plenty of bookings. 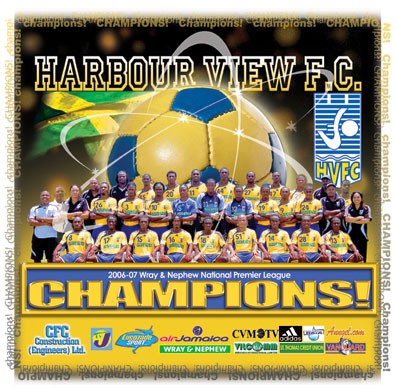 DC United (USA) v Harbour View FC (Jamaica)
After drawing with Harbour View in the first leg, look for DC United to come out strong at home. Instead of sitting back to wait for opportunities, they should look to create more themselves and keep the ball instead of playing the long ball like they did in the first leg. Fitness will still be an issue in the second half, so I wouldn’t be surprised to see them take a lead in the first half and sit back to defend it in the second half.

Houston Dynamo (USA) v CSD Municipal (Guatemala)
Hopefully, the second leg will be more entertaining than the first leg. With Houston playing at home this time, they can try to attack more. Houston seems to have less fitness issues than DC United, perhaps pointing to more effective pre-season fitness training. In any case, Municipal has to take advantage of their mid-season form versus Houston’s pre-season rust if they are to progress past the MLS Cup Champions.

CF Pachuca (Mexico) v CD Motagua (Honduras)
0-0 was a good result in the first leg for the “youth” team from Honduras. However, observers can all agree that if a goal was necessary, it would have come from the “experienced” Mexican side. With their own supporters backing them this time around, look for their class to show. I was perhaps overzealous in predicting 3-0 the first time around, but it may not be far off the mark this time.

Deportivo Saprissa (Costa Rica) v CF Atlante (Mexico)
With Saprissa at home this time around, and a strong showing in Mexico last week, this will be an exciting finale. Again, I expect to see end to end action, but hopefully less bookings this time around. It is impossible to predict a score for this match with these teams so evenly matched. I look forward to this one once again.

Well, my first predictions of 2008 were off. Very off. But I will try to do better from now on. The problem with predicting scores in CONCACAF is that these teams change so much from year to year, and they rarely face each other anyways. That’s no excuse though; I know I must do better.