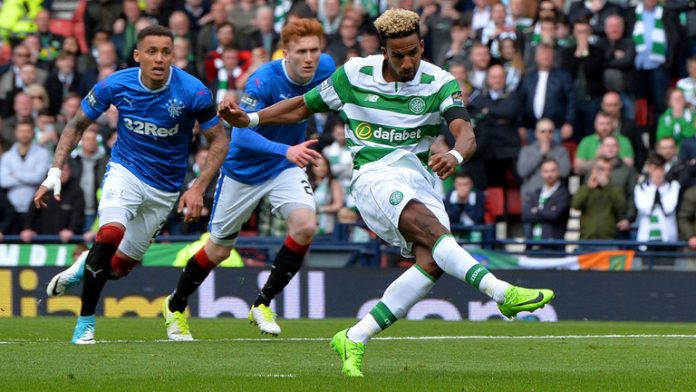 Celtic and Rangers go head-to-head on Sunday aiming to book their place in the final of the Scottish Cup.

The Hoops are chasing a second successive domestic treble, but Rangers will be eager to stop them in their tracks.

Celtic manager Brendan Rodgers has yet to lose in nine Old Firm fixtures during his time in Glasgow, winning seven of them.

The two sides have met three times in the Scottish Premiership this season, with Celtic winning two and drawing one of those games.

Rodgers’ side are unbeaten in their last seven games in all competitions, while Rangers have won just one of their previous four matches.

?TEAM NEWS: Graeme Murty has made one change to his side for today’s @ScottishCup semi-final at Hampden as Andy Halliday returns to the Gers starting eleven.