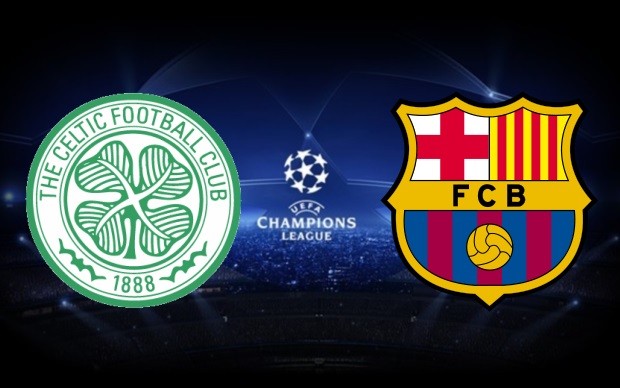 Celtic host Barcelona in the Champions League on Wednesday night, and they will be hoping to redeem themselves after the humiliation at the hands of the Spanish giants earlier this season.

The Scottish champions were beaten 7-0 at Camp Nou in September, and this is a must-win game for them if they want to qualify for the knockouts. Mathematically, qualification is still possible, but Celtic will need to beat Barcelona, and hope for the likes of City and Gladbach to falter.

Domestically, Celtic are in outstanding form right now, and have managed five clean sheets in their last six games in all competitions. The only goal they have conceded was against Gladbach in a 1-1 draw.

Kieran Tierney is the only injury worry for the home side.

Barcelona will be disappointed with their draw against Malaga during the weekend. The Catalan giants will be hoping to bounce back with another big win over the Scottish champions.

Luis Enrique‘s men dished out a footballing lesson to Brendan Rodgers’ men earlier this season, and should be able to replicate that performance once again.

Although Celtic have improved since then, and were very good against City and Gladbach, they are simply out of their depth in the Champions League, and this should be a routine victory for the away side.

Samuel Umtiti and Andres Iniesta are the only injury worries for the Spanish champions this week.

Barcelona have won 7 of their last 8 matches against Celtic in all competitions.

Barcelona have scored at least 3 goals in their last 3 matches against Celtic in all competitions.

Celtic have won 5 of their last 6 matches in all competitions.

Celtic have kept 5 clean sheets in their last 6 matches in all competitions.

Barcelona have been winning at both half-time and full-time in their last 3 matches against Celtic in all competitions. Get them to win both halves at 17/10.

There have been over 2.5 goals (4/9) scored in 6 of Barcelona’s last 7 games in the UEFA Champions League. Bet on a high scoring tie here.

Barcelona have an amazing head-to-head record against the Scottish outfit, and should be able to extend that. Get them to win at 2/7.

This should be an exciting contest between two very offensive sides. Neither side likes to drop deep and play reactive football.

However, Barcelona are far superior in terms of quality, and are likely to win this one. The home side are no pushovers, but they will struggle to contain Barcelona’s world class trio of Messi, Suárez, and Neymar.