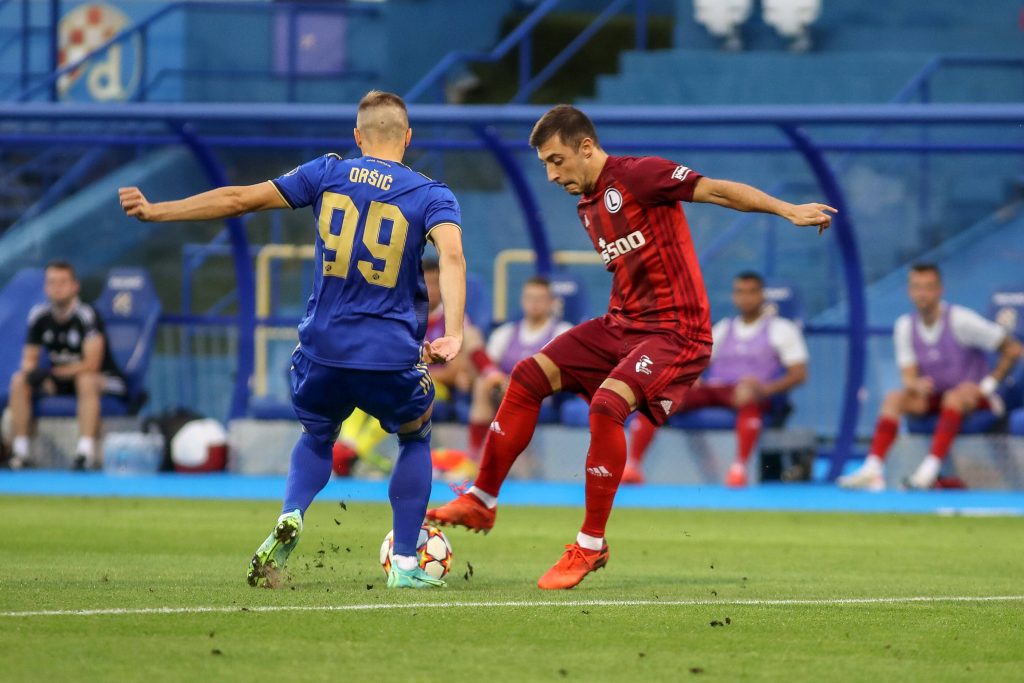 Celtic have been linked with a move for Legia Warsaw defender Josip Juranovic.

According to Sky Sports, the Scottish giants are set to make an approach to sign the Croatian international this summer.

The Hoops initially wanted to sign Yan Couto from Manchester City, but the Brazilian is not convinced about a move to Parkhead.

Celtic have now switched their attentions to Juranovic, and his club are willing to listen to offers for the player.

The defender is valued at around £2.5 million and is keen on joining Celtic.

Exclusive: #Celtic are now in negotiations over a deal to sign Josip Juranovic from #LegiaWarsaw and confident of agreeing a deal: https://t.co/OzHTtF6aQx 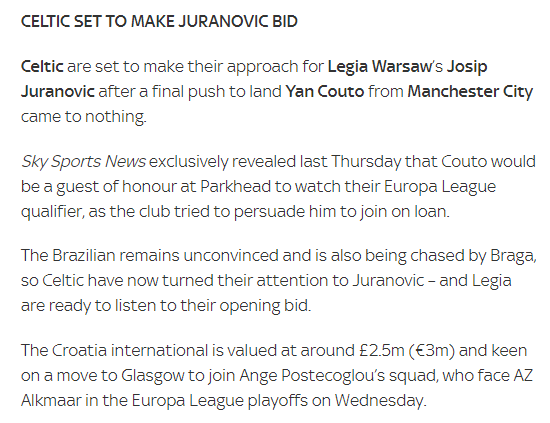 It is no secret that Celtic must improve defensively to challenge for major honours this season, and Juranovic could prove to be a wise addition.

The reported asking price could look like a bargain if the Croatian defender adapts to Scottish football.

The 26-year-old has already established himself as an international for his country and has the potential to succeed in the Scottish Premiership.

Celtic have already improved their defence with the signing of Carl Starfelt, and the arrival of Juranovic will improve them further.

It remains to be seen whether the Hoops are prepared to pay the asking price and secure the defender’s services before the transfer window closes.