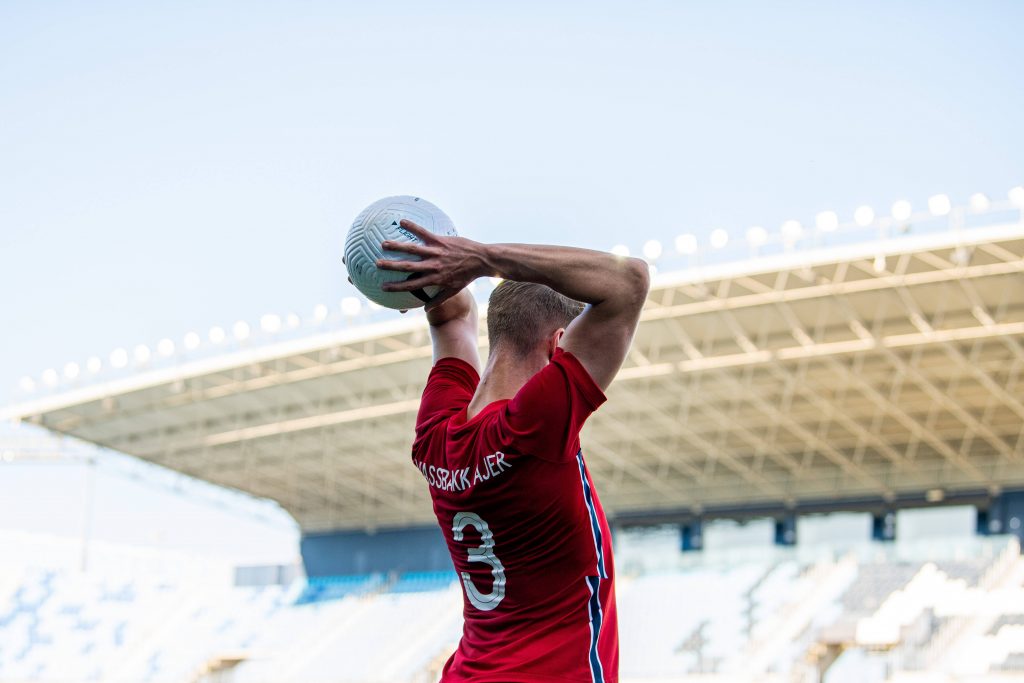 Celtic defender Kristoffer Ajer has repeatedly been linked with a move away from Parkhead this summer.

The 23-year-old has proven his quality in Scotland and is looking for a fresh challenge.

The Norwegian’s contract with Celtic expires in 2022, and the Hoops will have to sell him this summer or lose him on a free transfer next year.

According to Kicker, the Scottish outfit are demanding around €15 million for Ajer. 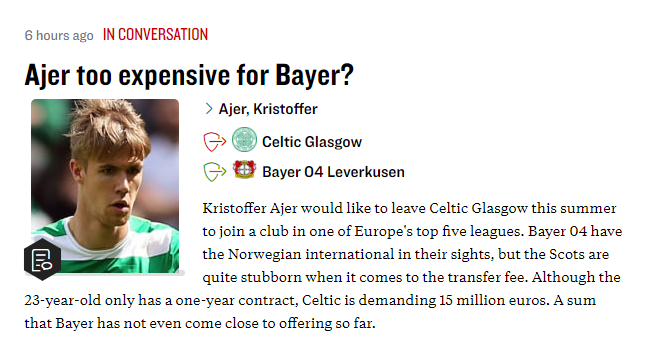 Bundesliga outfit Bayer Leverkusen are keen on signing the player but they are unwilling to meet the asking price.

The German outfit will be aware of the fact that Celtic are under pressure because of the defender’s contract situation and the Hoops could be forced to lower their demands later this summer.

He has also been linked with a move to the Premier League, and Newcastle United were mentioned as a potential destination earlier this summer.

The player is keen to join one of the top five European leagues, and a move to Leverkusen would certainly be a tempting proposition for him.

Celtic have appointed Ange Postecoglou as their new manager but that has not affected Ajer’s situation. The Norwegian seems determined to move on.

Striker Odsonne Edouard has also been linked with an exit.

Read: Celtic linked with a move for 30-goal attacker.