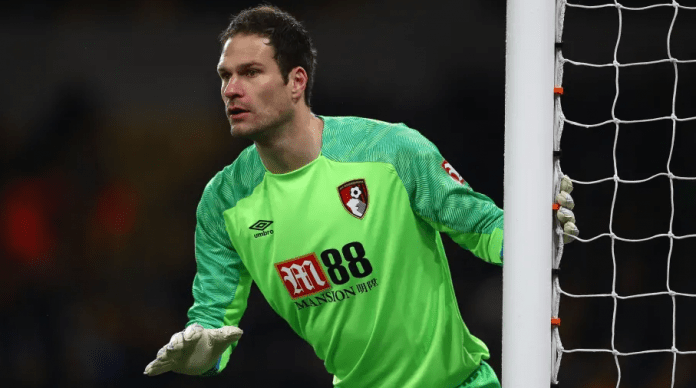 Celtic are interested in signing the Bournemouth keeper Asmir Begovic this summer.

According to Daily Star, the 32-year-old shot stopper is valued at £10million.

It will be interesting to see if the Scottish giants make their move for the player in the coming weeks.

Begovic would be a superb signing for most teams in Scotland and Celtic would certainly improve with him in the squad.

However, the former Premier League winner (with Chelsea) hasn’t indicated a desire to move so far and Celtic will find it hard to agree on a deal with the Cherries.

They might have to smash their transfer record unless Bournemouth decide to sell him for cheap.

Celtic have other positions to fill in their squad and they cannot afford to spend £10m on a keeper right now.

There is no doubt that Begovic is a top player and he would be able to justify that kind of an outlay on him. However, the Scottish champions simply have other priorities right now.

They need to improve their attacking options ahead of the new season.

Also, the likes of Stoke, Fenerbahce and Olympiacos are keen on the player as well and it could start a bidding war in the end.