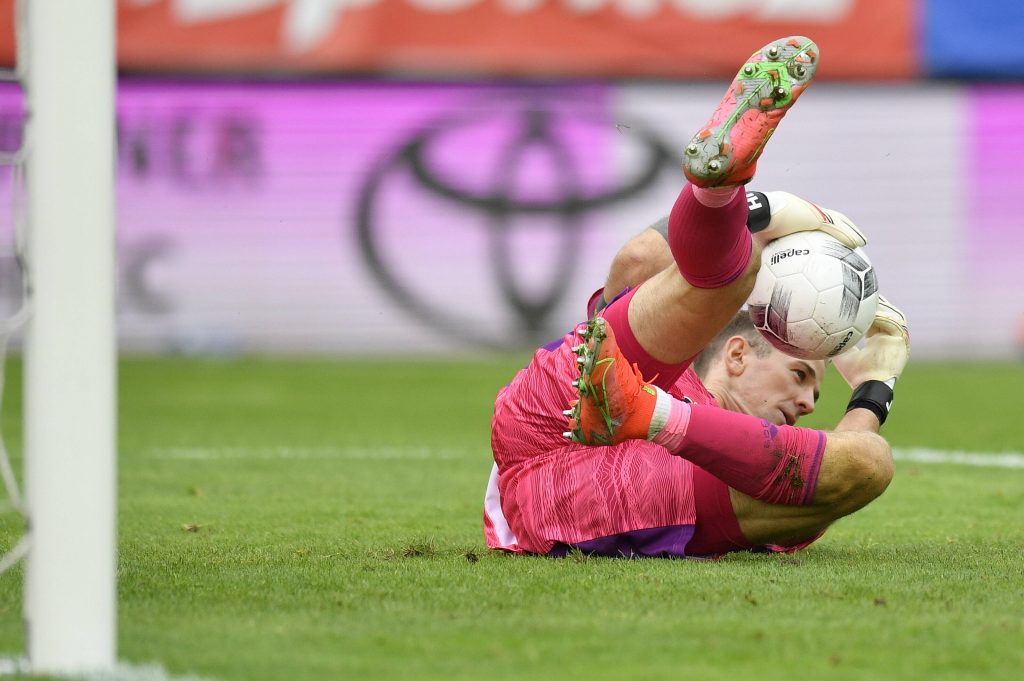 Celtic picked up a 3-0 win over Jablonec in the third round of the Europa League qualifiers on Thursday.

The Hoops won the first leg 4-2 away from home and last night’s result sent them through to the next round of the competition where they will face AZ Alkmaar.

Goals from David Turnbull (2) and James Forrest sealed a comfortable victory for Celtic.

There were several impressive performances across the pitch, but the display of summer signing Joe Hart certainly caught everyone’s attention.

The former Tottenham Hotspur goalkeeper produced a quality display for his new club, and the fans seemed delighted with his contribution.

Celtic needed to bring in a reliable shot-stopper this summer, and Hart has certainly proven to be an upgrade on Scott Bain and Vasilis Barkas so far.

The former England international was one of the best goalkeepers in the Premier League a few years ago and will be keen to recapture his form with Celtic this season.

If Hart regains his sharpness with regular first-team football at Parkhead, his signing could prove to be a massive bargain for the Hoops.

Hart won several trophies at Manchester City, and his winning experience could be invaluable for the Celtic dressing room.

Here is how some Celtic fans reacted to his performance last night.

Joe Hart is the new Holy Goalie & Ange is the man. Cracking Fitba that. #Celtic

Joe Hart has taken 2 games to do more than Barkas has done in 13 months.👏🍀💚 pic.twitter.com/6ReRaDAqch

That two saves fae Joe Hart in the space of a minute, took the roof off. More of the same big man👌

Take back everything I ever said about Joe Hart 🤤