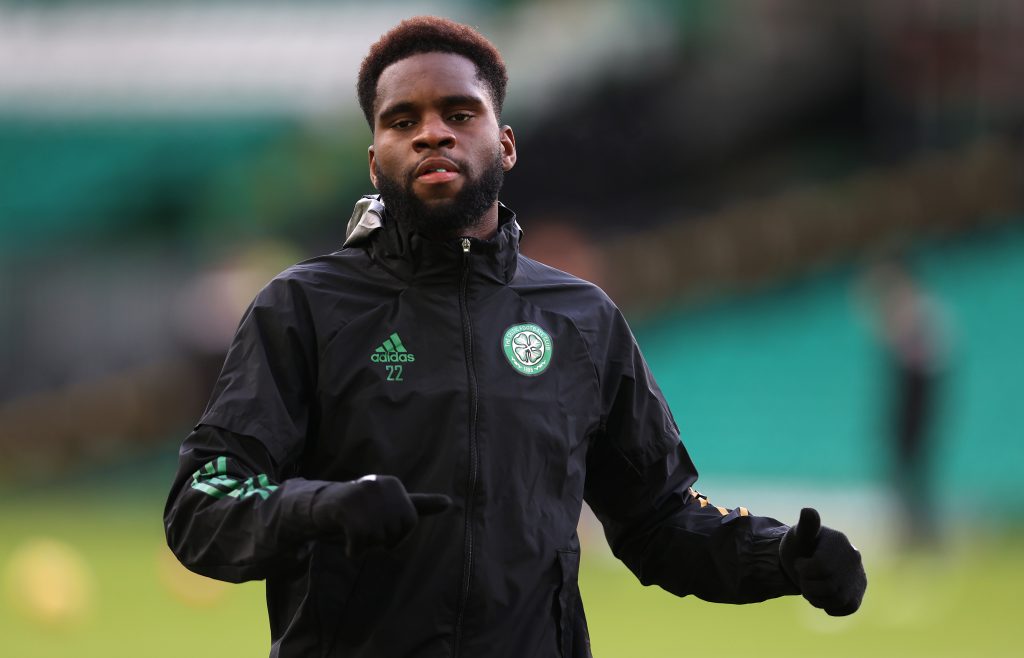 Celtic striker Odsonne Edouard has been urged to snub interest from the Premier League and head to Serie A.

The 23-year-old has been linked with a plethora of English clubs including Arsenal, West Ham United and Leicester City.

However, former Rangers star Marco Negri believes that Edouard’s progression would be better served by a move to Italy’s top flight.

“I would like to see Edouard in Serie A one day, rather than England,” he told the Sunday Post.

“For me, he looks a classic modern striker. He has the perfect physique, good technique and his movement is very clever.

“At the same time, I believe he could still learn a lot from playing with the likes of Cristiano Ronaldo at Juventus, or Milan’s Zlatan Ibrahimovic.

“These are players who are great stars, the best in the world. So it would be a real opportunity for him, and one not to be wasted.

“I say that, even though I know he enjoys a lot of success in Scotland, where he has already won many honours with Celtic.”

Edouard took his tally to 74 goals in 154 appearances for the reigning Scottish Premiership champions with a fine effort against St Mirren on Saturday.

However, Negri’s notion that a player who has averaged less than a goal every two games with Celtic would be a hit in Serie A is extremely fanciful.

The French forward’s inability to be truly prolific against the cannon-fodder in Scotland’s top flight suggests that he would also struggle in the Premier League.

A move back to the calmer waters of Ligue 1 may be a more sensible option for Edouard, although it is debatable whether any French club will look to pay the lofty fee Celtic would demand.