Celtic boss criticises Scottish “smash it up the pitch” culture 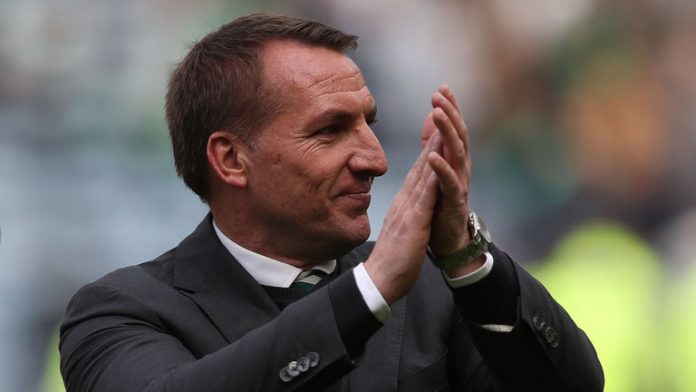 Brendan Rodgers says a culture of “smash it up the pitch” has held back Scottish football over the past two decades.

There were rumblings of discontent around Celtic Park after goalkeeper Craig Gordon’s attempt to play out from the back led to St Johnstone striker Steven MacLean firing in the opener just before half-time.

The Celtic faithful were at it again in the second half when left-back Kieran Tierney gave possession away, prompting an angry reaction from Rodgers.

Substitute Callum McGregor grabbed a late equaliser for Celtic, but Rodgers was unhappy with the fans’ reaction to his team’s efforts.

“I always ask the players to play, to have the courage and the nerve to do that and if they make a mistake it is up to me,” said Rodgers.

“We had one example with Kieran, under pressure with no-one near him, probably felt as a young player that he had to smash it forward and we end up giving the ball away.

“I was signalling to stay calm. This is football. You have to stay calm when under pressure, not just the players but outside.

“Or you can play Scottish football. Just smash it up the pitch. It hasn’t got you anywhere for 20-odd years.

“It is understandable that the supporters want to see the ball in the box. But I’ve said since I came up here, the quicker it goes forward the quicker it comes back at you.”