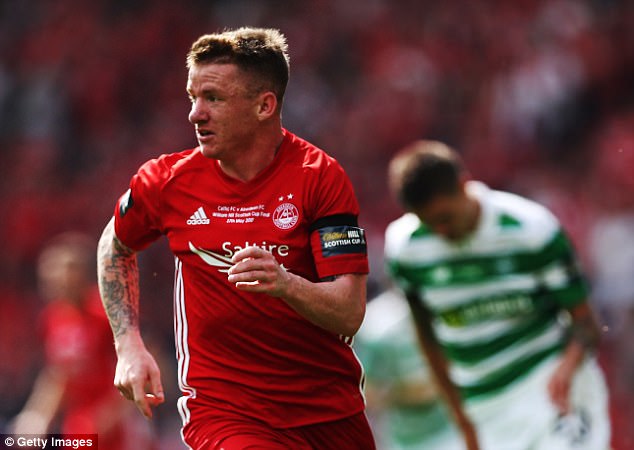 Celtic have agreed on a deal to sign the experienced Aberdeen winger Jonny Hayes.

The Scottish champions will shell out a fee of around £1.3million and Hayes will be their first summer signing.

The 29-year-old winger had an impressive season with Aberdeen last year and he ended up scoring 11 times. Hayes was instrumental in his side’s top two finish in the Scottish Premiership. He was the only non-Celtic player to feature on a four-man shortlist for PFA Scotland Player of the Year.

Daily Mail are reporting that Celtic have agreed to loan Ryan Christie to Aberdeen as a part of the deal. The report also adds that Hayes will now head to Glasgow for his medical. Personal terms have not been agreed with the player yet, but that is expected to be sorted out once the winger returns from his holiday.

The Republic of Ireland international should be confirmed as a Celtic player within the next two days.

Hayes played under Brendan Rodgers at Reading and the 29-year-old was always keen on a reunion.

The former Liverpool manager will now look to sign a central midfielder and a centre back before the Champions League qualifiers in July. Holding on to star player Moussa Dembele will also be a challenge for the Scottish champions this summer.