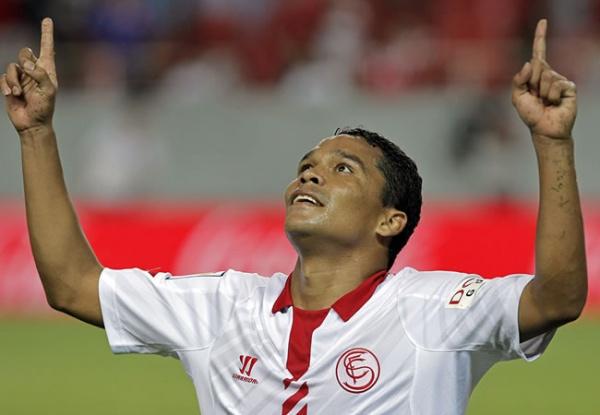 According to Marca, Carlos Bacca could well be on his way out of Sevilla this summer.

The Spanish publication states that Sevilla are looking to cash in on their prized asset whilst his stock remains high and will accept offers in the region of 30 million. 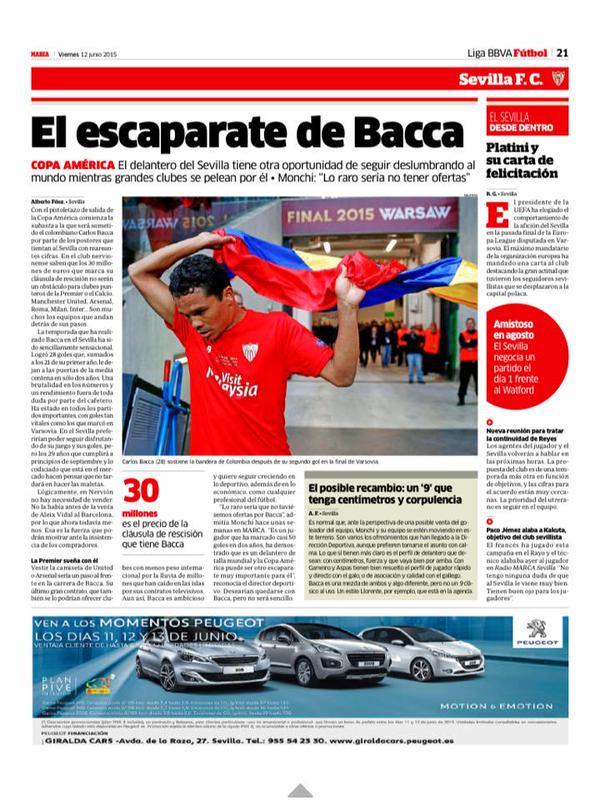 However, Sevilla’ Sporting Director, Monchi, is thought to be surprised with the lack of offers for the prolific front-man.

Monchi said , “The strangest thing is that we haven’t received any offers for him. He’s scored nearly 50 goals in the last two seasons. He’s shown himself to be a world class striker and the Copa America gives him another chance to demonstrate that.”

Bacca has scored 28 goals, scored 21 in his first season. But he’s 29 in September and Sevilla see it as the ideal time to cash in.

United or Arsenal are his preferred choices as they are a considerable step up from Sevilla and they could offer him the most when it came to wages. He’s ambitious and wants to take the next step, in terms of football as well as finance.

It is worth mentioning that Sevilla do not need to sell and will be happy to retain their number one goalscorer, but are willing to listen to offers.

The likes of Arsenal and United are in need of a reliable goalscorer and Bacca fits the bill perfectly. A proven goalscorer playing at his peak is exactly what both clubs need to challenge the likes of City and Chelsea.

Further, the departure of Falcao and the rumours of Van Persie’ exit have left United scouring the market for a quality striker. It is believed that the Old Trafford outfit are keen on Benzema, but Real Madrid are unlikely to sell, unless they get their man, Sergio Aguero.

Manchester City are set to offer a new deal to Aguero, which might force United to move on from their priority target Karim Benzema.

Bacca would be an excellent addition to any Premier League side. Clinical finishing, imposing physical presence and good technical ability makes the Colombian an ideal Premier League striker.