NFL fans can claim a $1,000 deposit bonus signing up to BetOnline to wager on Cardinals vs Packers

Two of the elite team’s in the NFC this year will square off in the opening game of NFL Week-8 fixtures on Thursday Night Football: it’s Kyler Murray and the Arizona Cardinals (7-0; 1st NFC West) vs the 2020 MVP Aaron Rodgers and the Green Bay Packers (6-1; 1st NFC North).

For a complete preview of the game, injury news, the latest odds available at BetOnline, plus a selection of our best-looking NFL picks for the game, read on:

Below are the latest NFL betting odds available for the TNF clash: Arizona Cardinals vs Green Bay Packers  at the BetOnline sportsbook:

Bet on Cardinals vs Packers at BetOnline

BetOnline is offering a 50% matched deposit bonus that’s worth up to $1,000 to anybody joining the sportsbook in time for TNF: Cardinals vs Packers

To claim BetOnline’s 50% deposit welcome bonus when you sign up to bet on TNF: Cardinals vs Packers, just follow the simple instructions below:

The Week-7 list of NFL fixtures came under fire for being a touch under par. In truth, a couple of the games were better than advertised but, still, it certainly wasn’t the most epic weekend of grid-iron football on record.

Bouncing back quickly, the NFL serves up about as massive a game as fans could possibly ask for on Thursday night when the Cardinals entertain the Packers at the Phoenix University Stadium.

Last time out, the Cardinals easily disposed of one of the NFL’s worst-ranked teams, the Houston Texans, 31-5, to move onto 7-0 for the year, retaining their No.1 status in the NFC West. Without ever really needing to come out of second-gear, Kyler Murray threw 20/28 for 263-yards and three TDs.

The new-look running back combo of James Connor and Chase Edmonds continued their impressive run of form, notching up 145-yards between them, and new receiving target TE Zach Ertz, a recent trade acquisition from the Philadelphia Eagles, enjoyed a fine first afternoon in the office, registering 66-yards and his first TD in Arizona red and white.

This Arizona receiving corps that now features Ertz alongside wideouts DeAndre Hopkins, Christian Kirk, A.J. Green, and Rondale Moore, and is fed by MVP-pacesetter, Murray, is going to be tough to stop, even for the Packers.

That said, since the sporting autopsy that followed the humiliating defeat to the New Orleans Saints in Week-1, Green Bay has been in fine fettle:

The Packers coverage unit led by the outstanding Jaire Alexander at CB ranks No.4 in the NFL. They concede an average of 10.1-yards per passing play and have contributed seven interceptions to date (ranked No.9 in NFL).

Against Washington on Sunday, Chandon Sullivan popped up with another pick for the Packers secondary as Rodgers and co. blasted their way to a 24-10 win. Green Bay’s No.12 finished up the afternoon with 27/35 for 274-yards & three TDs. The win saw the Packers move on to 6-1, atop the NFC North.

The Cardinals’ secondary has also been in good form to date. Backed up by the excellent pass rush from the likes of J.J. Watt, Arizona puts QBs under pressure. The coverage unit benefits on the stats sheet, averaging just 6.5-yards conceded per passing play (No.3 in NFL) and coming up with six picks to date (T-10th with L.A. Chargers).

The point is, both QBs are in for a tough afternoon and, as such, we have a sneaking suspicion this game could come down to whichever team boasts the better ground game:

The Cardinals’ one-two-punch of Connor and Edwards is one of the most effective pairings in the league once Arizona enters the RedZone. But, averaging just 4.2-yards per carry between them, Arizona doesn’t tend to post huge numbers rushing unless Kyler Murray gets involved. Connor and Edwards do take great care of the football, though, fumbling just once all year to date.

On the other side of the ball, however, the Cardinals defense hasn’t done a great job of stuffing the opposition ground game. Arizona ranks 31st in the NFL, conceding 5.0-yards per carry on average.

The Packers are not so skilled in the rushing game either. Defensively, Green Bay (30th in NFL) ranks one place higher than the Cardinals, conceding 4.9-yards per carry on average.

We rate the Cardinals running back pairing as being slightly stronger than Green Bay duo Aaron Jones and A.J. Dillon and, given both teams’ defenses have issues stopping the rush, this could prove decisive. 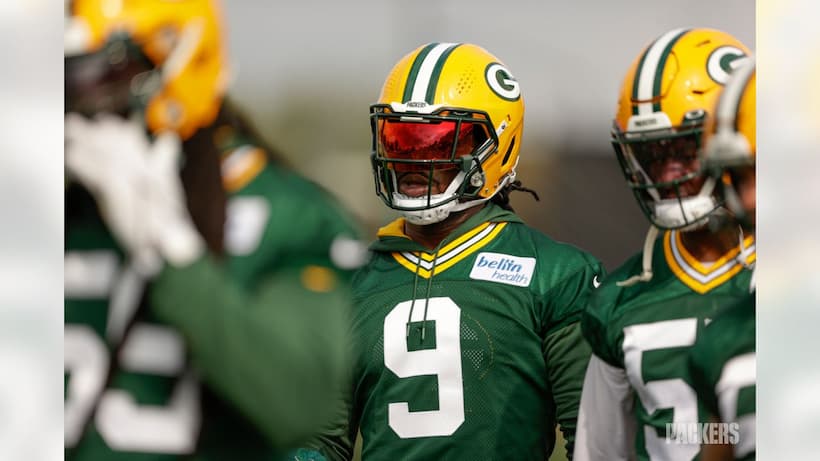 For the Packers offense, WR Malik Taylor, LT Dennis Kelly are both out of Thursday’s game. RT David Bakhtiari has returned to training following a stint on IR/PUP list but is not expected to feature vs Cardinals.

On defense, Green Bay has concerns over the fitness of LB Preston Smith and S Vernon Scott. However, the new signing from the Dallas Cowboys, Jaylon Smith, is expected to feature and get more downs. Smith made a successful limited debut vs Washington last Sunday.

Arizona doesn’t expect second-string WRs Andy Isabella and Darrell Daniels to play a role vs Green Bay. While on defense, NT duo Rashard Wallace and Corey Peters are definitely out, along with RDE Zach Allen and LB Chandler Jones.

Injury news update (28/10/21): WR Davante Adams is going to be a game time decision for the Packers. J.J. Watt needs surgery and is likely to miss the rest of the season for the Cardinals.

As stated in the preview, with both teams boasting in-form coverage units, this is likely to be a tough test for both QBs.

However, with J.J. Watt and Danielle Hunter in such great form for the Cardinals and able to generate more pressure on Rodgers than anyone expects Green Bay’s pass-rush to do vs Murray; plus, the marginally better RB combo of Connor and Edwards up against a Packers D that’s proving permeable to good backs, we’re vouching for the favorites to win and cover the spread on their home patch.