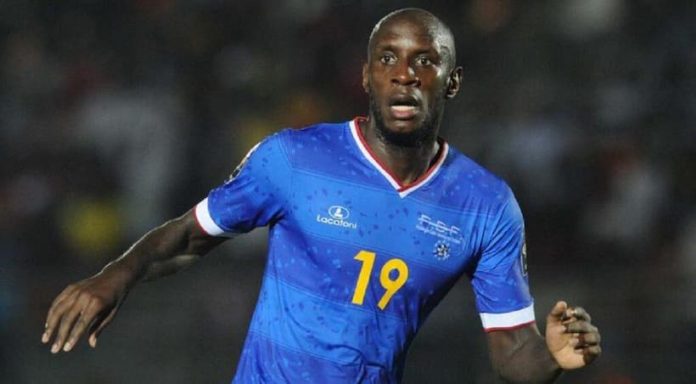 Olembe plays host to the final Group A game between the top two sides in the table when Cape Verde vs Cameroon gets underway later this afternoon.

Cameroon have already qualified for the next round but will be looking to keep up their 100% winning record in the AFCON to date, while, after a great win vs Ethiopia in their first game, Cape Verde need a win against the Indomitable Lions to join them in the last sixteen.

For a full match preview, the latest odds at LiveScoreBet, betting tips, and details on a free bet, see below:

Karl Toko Ekambi and Vincent Aboubakar each bagged a brace during Cameroon’s hard-fought 4-1 victory against Ethiopia last week, and, thanks to those goals, the Indomitable Lions’ excellent support can now begin planning their travels for the next phase of the AFCON.

The victory over Ethiopia means that Cameroon have won six games in a row in all competitions, making them one of the form sides at this year’s tournament.

Cape Verde kicked off their tournament with an excellent win against Ethiopia on AFCON Matchday-1 but slipped to defeat against Burkina Faso on Thursday night, a result that means that the Blue Sharks must beat Cameroon to qualify.

Still, on current form Pedro Brito’s team has the potential to be a surprise package vs Cameroon later – especially if the Lions go tame having already booked safe passage to the next round:

Cape Verde have won four, drawn one, and lost just once (vs Burkina Faso) in their last six games, making the tiny nation one of the form teams at this year’s tournament. Do not take the Blue Sharks lightly!

No team will know more about Cape Verde’s abilities than Cameroon, mind:

The Indomitable Lions lost 3-1 on the road last time the sides clashed in AFCON Qualifying, with goals from Cape Verde’s Carlos Fernandes and Ryan Mendes, as well as an own-goal from Cameroon’s Macky Bagnack sealing the three points for the Blue Sharks back in June of last year.

There’s an old adage in betting circles that reads, ‘the team that needs the win tends to.’ So, knowing that the Indomitable Lions are already through, and looking at the excellent odds available, it might be wise to back the underdogs, the Blue Sharks, in this one.

Cape Verde vs Cameroon prediction: Get Cape Verde to win at 9/4 with LiveScoreBet

It’s also possible to back Cape Verde to win + Over 1.5 total goals scored in the match (both teams) at LiveScoreBet.

Based on the volume of chances created and the four goals scored in the most recent match between these two sides, the 17/2 odds at LiveScoreBet seem generous, paying out £95.00 from just a £10 stake if successful.

Cape Verde vs Cameroon betting tip: – Cape Verde to win and +1.5 goals in the game 17/2 with LiveScoreBet

LiveScoreBet is currently treating all new customers to £20 in Free Bet Credits. To claim, just sign up and place a qualifying bet of £10 on today’s match between Cape Verde and Cameroon.