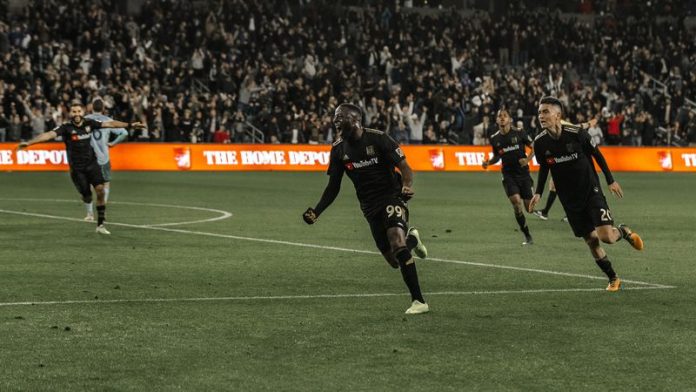 In a geographical area already packed with professional teams, it is fair to say that Los Angeles FC are making a huge splash in Major League Soccer right now.

LAFC recorded the best regular season for an MLS expansion team in 2018, collecting 57 points on their way to a place in the play-offs.

They were knocked out at home in the first round by Real Salt Lake, but the foundations had well and truly been laid for the franchise to kick-on.

Read on as we assess whether LAFC can win the MLS title in just their second season.

LAFC off to a flyer

One defeat in their opening 14 matches in the Western Conference has seen LAFC’s odds to win the MLS title slashed by leading bookmakers.

They have smashed 32 goals during the early part of the season and conceded just nine, the best in the MLS on both counts.

LAFC are particularly strong at home, with their play-off defeat against Real Salt Late their only reverse in their last 15 matches.

Their 4-0 victory at DC United during early April was one of the most impressive performances of the season and a clear statement of intent that they are genuine title challengers.

For LAFC to be successful they needed a head coach who knew the game in the United States – step forward Bob Bradley.

Executive vice president of soccer operations and general manager, John Thorrington, recently singled out Bradley as the club’s most important signing and it’s difficult to argue with his view.

Bradley is famed for his ability to get the best out of limited resources and his knowledge of soccer in the USA is second to none.

The former Swansea City manager has lost just 12 out of 53 matches since his appointment and those sort of statistics give LAFC every chance of coming out on top this season.

Carlos Vela’s late goal against FC Dallas on Sunday was his 14th of what is turning into a hugely impressive season for the forward.

Vela has come a long way since struggling to make his mark at Arsenal and he looks ideally suited to the demands of MLS.

ESPN soccer analyst, Herculez Gomez, recently described Vela as a ‘renegade’ and insisted that characteristic made him a perfect fit for a club that prides itself on being cool.

With 29 goals in 45 appearances for LAFC, the Mexican forward has already made a huge impact on the pitch and could well be the man to lead them to the MLS title.