Yesterday I wrote of the poor starts enjoyed/endured by Real Zaragoza and F.C. Barcelona respectively.

Another team well acquainted with under-achievement is Atlético Madrid (formerly Athletic Club de Madrid, before a 1941 decree issued by the Franco government put paid to the foreignness implied in the name “Athletic”). When Javier Aguirre was appointed head coach at the Vicente Calderón, the news was greeted with enthusiasm in nearly all quarters.

Here was a man with experience in La Liga, who brought with him a proven track record without the massive profile of a Ranieri or a Trappatoni, and who had moulded out of a relegation-fighting Osasuna squad a team which had qualified for the Champions League. Aguirre was a known disciplinarian, and would surely get the most out of the always-expensively-assembled rojiblanco squad.

These optimistic prognostications appeared to be justified after Aguirre’s Atlético made an excellent start to the season, finding themselves in the Champions League places, a position in which they remained for much of the season, before falling away dramatically to an extremely disappointing seventh place, a decline which may well have cost the club the loyalty of idol Fernando Torres. 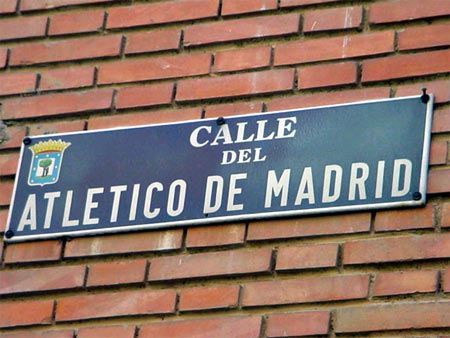 Whilst the squad was certainly hit by injuries, it was the manner of many defeats which was of the greatest disappointment, with several performances towards the end of the season being hugely abject and uninspired, including a humiliating 6-0 loss at home to Barcelona. Indeed, after glimpsing the promised-land of Champions League football, Atlético only snuck into the UEFA Cup through the (increasingly easy to open) “back door” of European football, that is to say, through the reformatted Intertoto Cup.

Atlético Madrid are like the Newcastle of the Primera Liga; a club with history (the club’s golden era unfortunately coincided with the brilliant Real Madrid teams of the ’60s and ’70s, and was largely overshadowed on the international stage by Puskas & co.) and a huge, extremely loyal fan base behind it, but whose success in recent years has been limited and tempered by catastrophic failures.

Note: Other clubs such as Everton and Aston Villa spring to mind, but neither have had their hopes dashed in quite so damning a way as have Atlético and Newcastle over the last decade, the former relegated soon after their sole league trophy of the 1990s, and the latter famously throwing away a twelve-point lead over Manchester United in 1995-6. Equally, neither Everton nor Aston Villa have experienced relegation in the very recent past — Everton’s top-flight record being particularly admirable, and Aston Villa spending one season in the Second Division in the mid ’80s – whereas Atletico were in the Segunda Liga in 2003-4 and Newcastle languished in the Second Division until 1992.

Both Newcastle and Atlético have invested massively in their squads in the recent years, and have dabbled with high-profile players and coaches alike. Both clubs have rested their hopes for silverware on hometown strikers, and neither striker has managed to deliver a trophy, though not for lack of trying. Both clubs have housed trigger-happy chairmen with few scruples in putting pressure on managers after extremely short tenures in their respective posts; indeed, Atlético’s Jesus Gil oversaw no fewer than 16 managers during his 16 years as club president, including three stints for Radomir Antic, whose appointment in 2000 came too late to save the club from relegation.

Whilst Newcastle’s Aguirre, former Bolton manager Sam Allardyce, seems to have turned over a new leaf of the club’s history, Atlético’s Aguirre faces all-too-familiar problems. After spending over 50 million Euros on new players during the off-season (some of which signings must be questioned: were Reyes and Luis GarcÃ­a really the right players to bring to the club? the former in particular is not known for his graft, and the two joined an already-packed attacking-midfield lineup), creating in the process a forward line, at least on paper, as fearsome as almost any in Europe, expectations were again high amongst fans of Los indios. 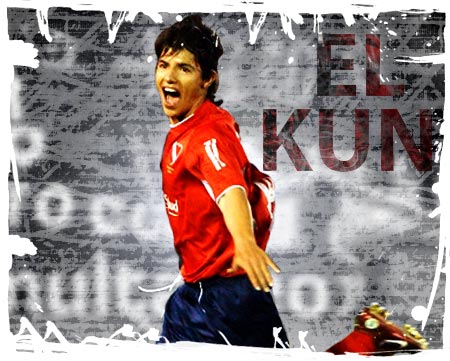 However, Aguirre’s players have put in three insipid performances in succession, drawing two and losing one of their three games and scoring just three goals, two of which have come from child prodigy Sergio Aguero, whom Atlético surely will stand to lose in the next five years if they fail to secure Champions League qualification.

Is Javier Aguirre the right man help cohere the undoubted talents of Raul GarcÃ­a, Forlán, Maxi RodrÃ­guez and Simao Sabrosa (players that would or will fit in to the squads of the top clubs in Europe)?

For me, the jury is most certainly still out.