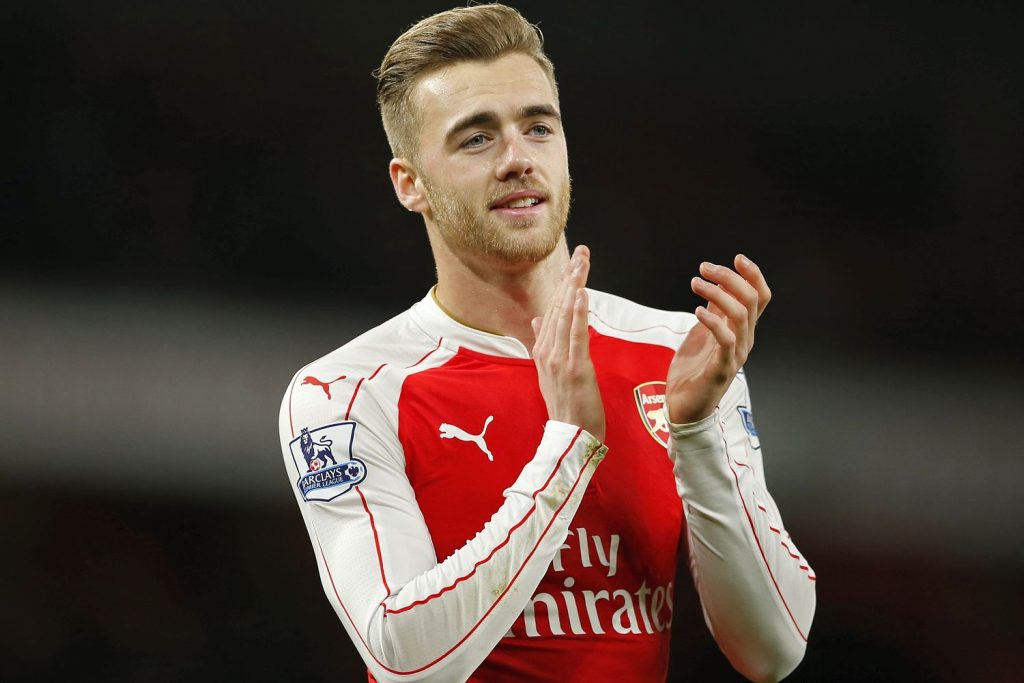 Arsenal defender Calum Chambers is set to join Southampton on loan for the remainder of this season.

The England international has been starved of regular football at Emirates this season and the former Saints defender will join up with Ronald Koeman’s side next month.

Chambers joined Arsenal for £16 million in 2014 but has failed to break into the first team scene following the rise of Spanish fullback Hector Bellerin.

According to The Sun, Chambers is set to join Southampton on loan for six months and then stay there for the whole of next season if all goes well.

Considering the amount of first team chances Chambers has had at Arsenal, it makes perfect sense for him to go out on loan.

The England international is regarded as one of the finest talents in the country right now and playing regular first team football should be his top priority at the moment.

Furthermore, Bellerin’s form means that Chambers is highly unlikely to break into the starting eleven anytime soon. In that case, it would be highly beneficial for all parties that the young defender goes out on loan and continues his development elsewhere.

Meanwhile, Southampton have made a rocky start to the season and have been leaky at the back. Loaning someone like Chambers would not only strengthen their defence, but would add quality depth without a significant outlay as well.