SL View: Wilson lucky to be linked with Chelsea and Manchester United 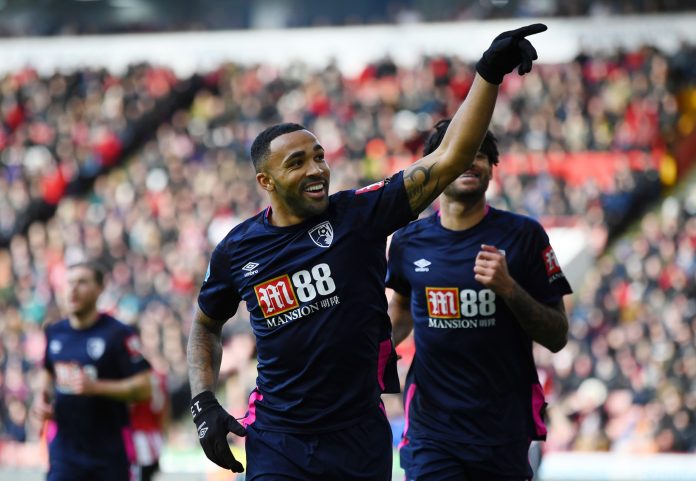 Callum Wilson’s brutal assessment of his own performances made a refreshing change from some of the nonsense spouted by many other players.

The Bournemouth striker has failed to shine this term, scoring just eight goals and assisting one more in the Premier League.

That return is in stark contrast to the 14 goals and 10 assists he managed during the 2018/19 campaign.

He has repeatedly been linked with a big-money move elsewhere, with Chelsea and Manchester United amongst the clubs said to be interested in signing him.

However, Wilson has told Sky Sports that his form this season simply hasn’t been good enough to justify the interest.

“Last season, my performances were quite consistent and when there were links, I tried to stay at a certain level and play well,” he said.

“Any player would like to play in the Champions League and progress, that’s what I’ve based my whole career on.

“First and foremost is obviously keeping Bournemouth up and safe and I haven’t been good enough this season to even be talking about things like that.

“I put it to the back of my mind and tried to focus on myself.”

While it is pleasing to see Wilson be so honest about himself, a closer look at his statistics suggest that he was fortunate to ever be linked with the top teams.

Prior to his 14-goal tally in 2018/19, the forward scored just 19 league goals during his previous three years in the top flight.

Talk of a £50 million fee for Wilson was undoubtedly fanciful based on one decent season in the Premier League.

Even if Bournemouth shaved a few million off the asking price, the 28-year-old doesn’t represent much in the way of value and both Chelsea and Manchester United would be well-advised to look elsewhere.