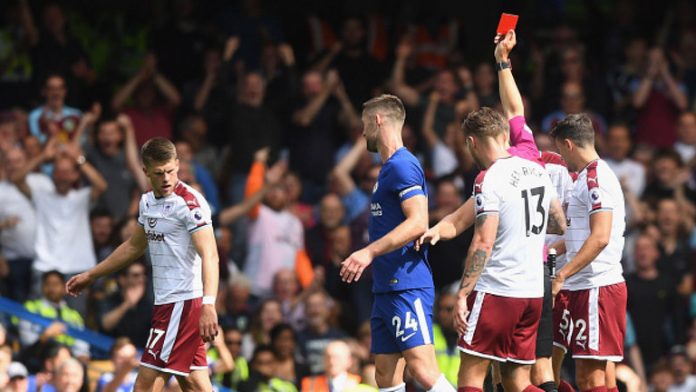 Chelsea visit Burnley on Thursday hoping to keep their hopes of a top four finish in the Premier League alive.

The Blues head into the fixture eight points behind Tottenham Hotspur with five matches to play, although Antonio Conte’s side have a game in hand on their London rivals.

Burnley have won their last five league games to sit just eight points behind Chelsea and they recorded a 3-2 victory at Stamford Bridge earlier in the season.

Chelsea’s Marcos Alonso is facing a three-match ban after being charged by the Football Association for his shocking stamp on Shane Long.

Alonso dragged his studs down the back of the Saints striker’s calf during the first-half of the Blues’ 3-2 win at St Mary’s last Saturday.

Referee Mike Dean didn’t book the Spaniard, but having reviewed the footage FA chiefs have charged the 27-year-old retrospectively.

David Luiz and Danny Drinkwater remain on the sidelines for Chelsea, but Olivier Giroud’s impressive performance as a substitute at Southampton last weekend mean the Frenchman is likely to replace Alvaro Morata up front.