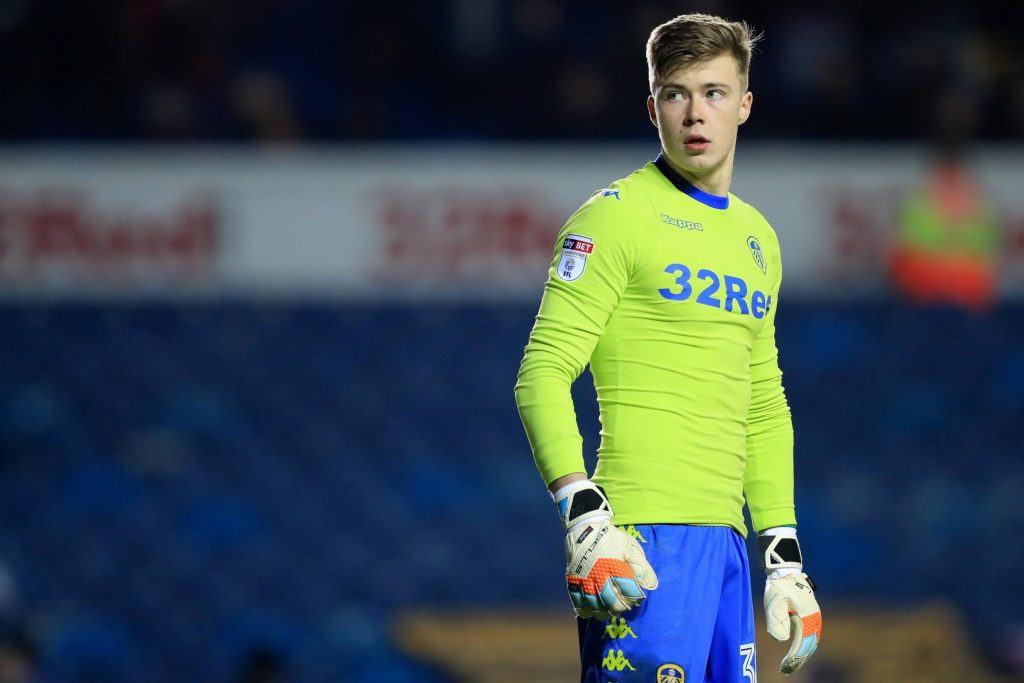 According to Graham Smyth of the Yorkshire Evening Post, Burnley are set to sign Bailey Peacock-Farrell for £3.5m. The 22-year-old is leaving Leeds United after Marcelo Bielsa failed to give him assurances over playing time in 2019/20. Peacock-Farrell fell behind Kiko Casilla in the second half of last season and could now be playing Premier League football.

Since joining Leeds from Middlesbrough in 2013, the Northern Ireland international went on to make 41 appearances in all competitions, conceding 53 goals and keeping 11 clean sheets. Peacock-Farrell was a regular between the sticks at the start of last season but lost his place to Casilla at the turn of the year.

His deal was up in 2020, so Leeds have cashed in early rather than risk losing him for nothing next year. The Yorkshire Evening Post say a sell on clause has been included in the deal. Burnley moved quickly to sign him following Tom Heaton’s switch to Aston Villa.

The £42k-per-week goalkeeper leaves big shoes for Peacock-Farrell to fill, having made 200 appearances in all competitions at Burnley, conceding 225 goals and keeping 65 clean sheets. The 22-year-old may have Nick Pope and Joe Hart to compete with for a starting place this season, so time will tell if he can establish himself at Turf Moor.