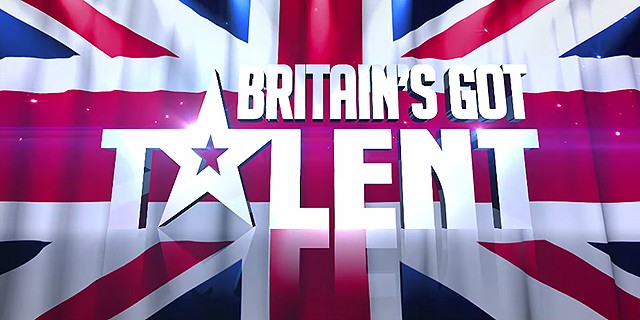 Season 15 of Britain’s Got Talent is now into the fifth weekend and this year’s contest has been particularly strong. With that in mind, it is worth looking at the latest odds and who bookies have pegged as their favourite so far.

Claim Offer
Learn More Close Learn More
New customers only. Place your FIRST bet on any Sportsbook market and if it loses we will refund your stake in CASH. Max refund is £20. Only deposits made using Cards will qualify. £5 Bet Builder free bet will be available to claim from the promotions hub after the qualifying bet has been settled & will be valid for 7 days. T&Cs apply. Please gamble responsibly.

New customers only. Place your FIRST bet on any Sportsbook market and if it loses we will refund your stake in CASH. Max refund is £20. Only deposits made using Cards will qualify. £5 Bet Builder free bet will be available to claim from the promotions hub after the qualifying bet has been settled & will be valid for 7 days. T&Cs apply. Please gamble responsibly.

Favourite With Bookies for Britain’s Got Talent Crown

As per usual, Britain’s Got Talent judges Simon Cowell, Alesha Dixon, David Walliams and Amanda Holden have been treated to an ensemble of weird and wonderful talent (and some not so talented) so far. The four judges are celebrating their 10th year together as a collective panel.

It hasn’t been without its fair share of controversy however, with viewers quick to point out that singer Loren Allred, who is currently fourth favourite on PaddyPower, and comedian Axel Blake who has fallen behind in the markets are both established professionals, with the former even starring in his own Amazon Prime show.

Loren, who was given the golden buzzer by Amanda Holden, was the voice behind one of the songs included in the hugely popular film The Greatest Showman. As well as this, she has also released recordings in the US and has performed duets in the past with established names such as Michael Buble.

Britain’s Got Talent bosses have also spoken out in defence of week four golden buzzer act Keiichi Iwasaki amid a ‘fix’ row after fans discovered he’s auditioned for four others versions of the Got Talent franchise.

Many fans took to Twitter to express their dismay at the show, which several have labelled as ‘fixed’.

No offence to Loren Allred, but why on earth is she on #BritainsGotTalent? She’s the voice of one of the biggest songs in the huge movie the greatest showman. She’s collaborated with Michael bubble, and had a record deal with Def Jam at 19.. she’s also America. I’m just.. ???

Despite this, they were among the first to be tipped for crowning glory by the bookies, and both automatically made it through to the semi-finals having received the coveted golden buzzer.

The Freaks also wowed the judges in week three – the all-girl group performed an acrobatic sequence brimming with daring stunts including using members as skipping ropes, forming a human ladder and giving the audience an all round heart-in-mouth performance.

Front Line Singers were the latest to impress in week four – they are a choir made up of front line workers, including teachers, paramedics and nurses, aged between 24 and 62. They performed an original song inspired by their struggles and team work during the coronavirus pandemic.

However, it is Born to Perform who appeared in week two who lead the way according to the bookies. David Walliams made them the third act to receive the golden buzzer following their inspired performance of Hairspray’s ‘You Can’t Stop the Beat’.

The group consists of young people, aged 14-24, who have disabilities ranging from autism to Down’s syndrome, and their incredible performance has earned praise far and wide as they cemented their place amongst the favourites for this year.

Who is Going to Win Britain’s Got Talent?

Itt is easy to see why unassuming school teacher Tom Ball is amongst the favourites win. Amanda Holden described his voice as “one of the best we have seen in the 16 years on this show”.

With people across social media likening him to Susan Boyle (both in looks and performance!), it is easy to see why another underdog story could certainly be on the cards as people at home are likely to be routing for him. You can get him at a boosted price of 4/1.

Elsewhere, Loren Allred wowed viewers and judges with her performance of Never Enough from the 2017 musical The Greatest Showman, with Amanda Holden choosing to send her straight through to the semi-finals with the golden buzzer.

While she has been met with criticism from fans of the show after her theatrical background was revealed, she remains a firm favourite amongst bookies and viewers.

However, it looks to be Born to Perform who have captures the hearts of fans and the judges. The performance was described as “joyous” by presenters Ant and Dec as they cartwheeled and shimmied their way to the semi-finals. David Walliams’ golden buzzer sparked emotional scenes as confetti rained down on the now hotly favoured dance group.

In conclusion, there are so far a lot of strong contestants who have laid claim to this year’s crown, but we have a sneaky feeling there is more to come from week three’s acrobatic super-group The Freaks who’s death-defying stunts had viewers and judges in complete shock.

With the show now entering its 15th season, its worth looking back at some of the contestants who have been crowned Britain’s most talented over the years:

As discussed so far, the main way customers can bet on the show is to choose their outright winner, which seems to be a tough choice after just two episodes. Be sure to keep an eye on the markets as more episodes are aired, but there is certainly some value to be had on the long odds outsiders.

There are very few available markets open past the outright betting, so if you feel there is a market which could make you some money which the bookmakers haven’t listed, try requesting a bet directly to see if they can provide the odds in return.