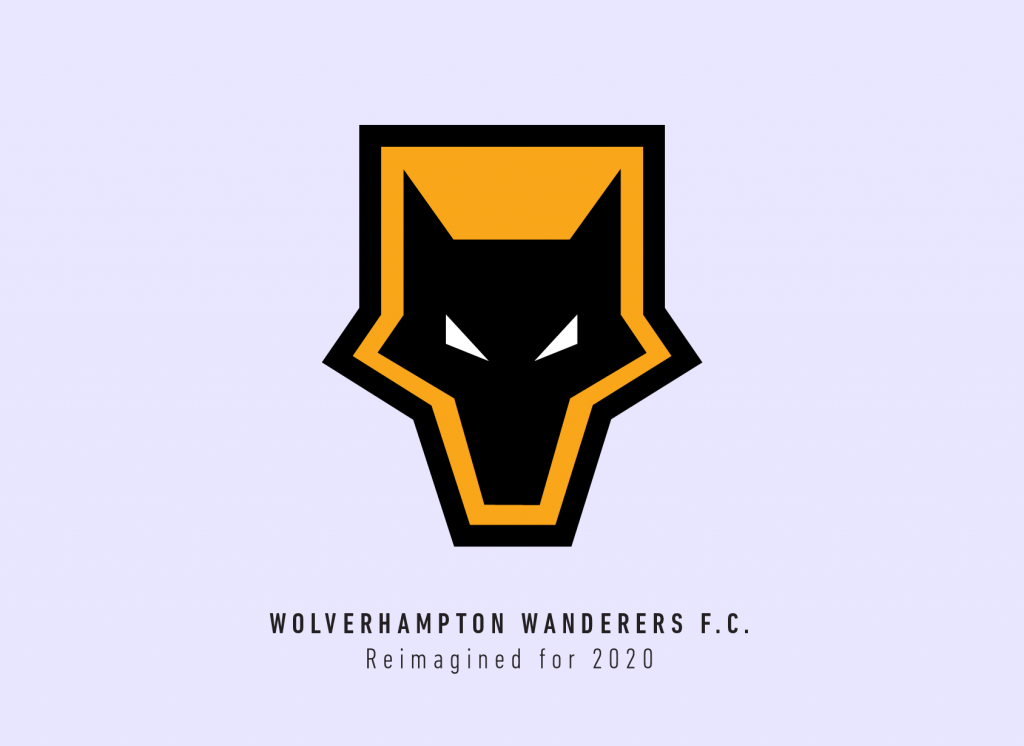 Wolverhampton Wanderers FC is one of those clubs which no one addresses with their actual name. Why would you, when “Wolves” just sounds so much cooler?

The gold and black colours of Wolves actually stand for light and darkness respectively. It derives from the city council’s motto “out of darkness cometh light”. The text also made its way into earlier iterations of the club crests.

The crest of Wolves has always been very modern and sleek throughout their long history, with very few exceptions. A particular favourite of mine was during the late ’70s with 3 wolves adorning the crest, not unlike the three lions on the England national team’s crest.

The current crest was designed in 2002 and was a clean geometric hexagonal shape with a simple black wolf staring back at you inside. I always found it very impressive and it worked very well with the orange (or old gold, honestly, I’m not sure what’s the current official statement on this, but it looks orange to me) kit.

When I started this project, my goal was very simple. Modern football crests, though being part of a legacy, are mostly severely outdated in terms of modern design. I just wanted to see how a rebranding would look like if it was done in 2020, keeping their main elements and getting rid of the fat.

That’s why the Wolves crest was such a challenge for me, there really was no fat to trim. It was pretty much modern in every sense already. A new club or brand could announce this as their logo, and it would really fit with the modern era as is.

I did my best though to make very minor modifications like making the eyes much more menacing and adding an edge to pronounce the wolf snout more. I also took inspiration from the pre-2002 crest and reworked the shield to a slightly more traditional narrow shape.

This was easily my toughest crest to redesign so far. Just goes to show the importance of keeping things simple and clean in the first place. I feel with the final result I didn’t make it more modern but more menacing, a more formidable crest. Whatever it takes to add that extra 1% of fear into the hearts of enemy goalkeepers.