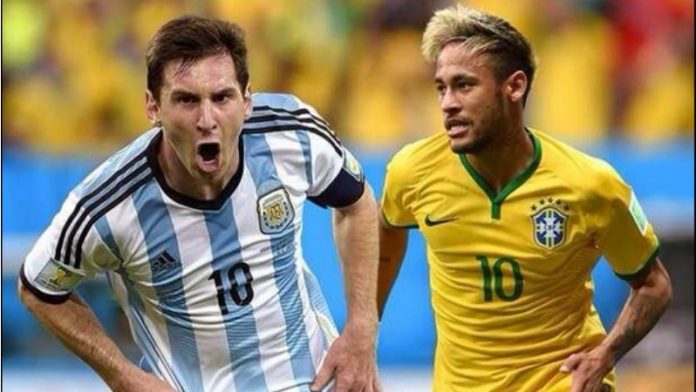 Arguably the biggest rivalry in international football, the two nations boast of some of the world’s finest players to grace the game. Also, this fixture will bring Barcelona duo Neymar and Lionel Messi head-to-head.

Be it a friendly match or a world cup qualifier, a showdown between the two South American giants draws forth extra excitement from fans all over the world. Brazil have played some exciting football so far and remain top of the World Cup qualifying table with 21 points from 10 games.

Tite, the Brazil coach, has included Liverpool duo Philippe Coutinho and Roberto Firmino in the squad, but whether he picks both of them in the starting XI remains to be seen. Real Madrid midfielder Casemiro has been ruled out after suffering a fracture to the fibula.

The Albiceleste, on the other hand, are struggling badly in the qualifying rounds. Edgardo Bauza’s side are currently on sixth with 16 points and need wins under their belt to turn the tide around.

The top four teams from the ten-member group will automatically progress to the 2018 World Cup, while the fifth team will have to participate in a playoff.

Argentina were in fifth, but saw Chile leapfrogging them after a recent ruling resulted in Bolivia forfeiting points.

The key attraction of this game, however, is the Neymar vs Messi showdown. The two outstanding Barcelona forwards will be facing each other, for a change, on Thursday.

Messi has scored 56 goals for his country in 114 matches, and broke Gabriel Batistuta‘s all-time Argentina record earlier this year. Neymar, with 49 goals in 73 games, is fourth in the Brazil’s all-time scorer standings.

The Argentine maestro has a good record against Brazil, scoring four goals in seven games including a hat-trick in 2012. Neymar has two in eight against Argentina.

Brazil are overwhelming favourites for this game, and the Selecao are 11/10 with Ladbrokes to beat Argentina.

There is no shortage of attacking players on both the sides, and Ladbrokes are offering 17/20 for both teams to score.

Sergio Aguero has been in top form for Manchester City this season. The Argentine is 5/1 with Ladbrokes to score the first goal of the match.

Although Brazil are high on confidence at the moment, Argentina are well capable of pulling up a shock result. They need points on the table and are expected to put up a strong fight.