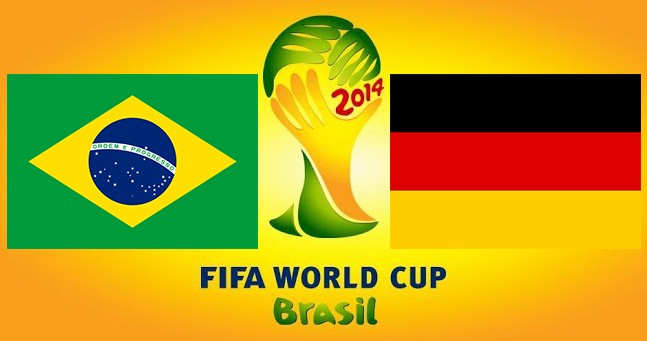 Two of the bookmakers’ favourites to reach the semi-finals of the 2014 World Cup pre-tournament have made it. In fact, Spain not making it is the only one who didn’t make it as far as the bookmakers had expected, with the Netherlands replacing them.

Germany look like a well-oiled machine and haven’t even got out of first gear yet. They looked composed in their 1-0 quarter-final victory over France, seemingly conserving energy for their final two matches.

Mats Hummels headed home the winner from a free kick, making the Germans a threat from all over the pitch. Set pieces, open play and on the counter-attack, they have the potential to show Brazil up in their own country.

Brazil need to replace suspended Thiago Silva at the back and one would expect Dante to get the nod over Henrique. The Bayern Munich centre-back is generally solid but does have the occasional blip. He will be partnering David Luiz himself very prone to mistakes. Look for either the frequent goalscorer Miroslav Klose or the clever movement of Thomas Müller to find space in the box.

Should Thomas Müller start down the right wing he will be looking to exploit space given up by the adventurous Marcelo at left-back. Or Joachim Löw may prefer Mario Götze down the right wing – either way you will expect Germany to have success down the right wing. Whichever player is in that position, they will be supported by Philipp Lahm bombing forward. Marcelo not only needs to stay in position, he needs a lot of help from his left winger too – whoever replaces Neymar.

Look for Germany to dominate possession in the middle of the park too. Bastian Schweinsteiger, Toni Kroos and Sami Khedira all looking to dictate the tempo and territory. Brazil should have Luiz Gustavo and Paulinho sitting in front of their back four trying to prevent any penetrative balls. Scolari may want to consider the energetic Fernandinho is there too to try break up the play or at least close the opposition down whilst having two players behind him preventing any holes.

Two of the four goals Brazil have conceded at this World Cup have come from low crosses down the left wing. That gives Mesut Özil an opportunity to put in a match winning performance. Unless Löw opts for either Lukas Podolski or André Schürrle whom may be better choices for this role.

Germany are 1.85 to advance to the final.

Germany are also my pick of the four teams remaining.