If you’re looking for Canelo Alvarez vs Caleb Plant betting tips in time for tonight’s huge super middleweight title unification bout, then you’ve come to the right place. Our boxing betting expert previews the fight, presents the latest odds available at BetUS and offers his best picks for the bout.

Canelo (55-1-2) has swept through the 168lbs division this year, defeating British fighters Callum Smith and Billy Joe Saunders in dominant fashion to capture his three straps.

Now, the Mexican turns his attention to the IBF title held by the American, Caleb Plant, who has won each of his previous 21 fights.

Plant is a skilled ring technician, boasting great footwork and fast hands. Though he isn’t known for one-punch KO power, Plant is highly aggressive and tends to land with volume, slowly breaking opponents down. It’s a style that’s helped the Tennessee native to two TKO wins in his last three bouts.

Saul Canelo Alvarez is the pound-for-pound best fighter on the planet right now and the face of the sport. An excellent counterpuncher who’s capable of landing sickening body shots, Canelo definitely has the advantage in the power department and has even flirted with the idea of a jump up to light-heavyweight should he win tonight.

It’s a classic technique vs power matchup between two of the best boxers alive, but oddsmakers clearly favor the Mexican as being the first super middleweight in history to unify the division…

Below are the latest odds available for tonight’s huge super middleweight bout: Alvarez vs Plant at the BetUS sportsbook.

Click here to bet on Alvarez vs Plant at BetUS 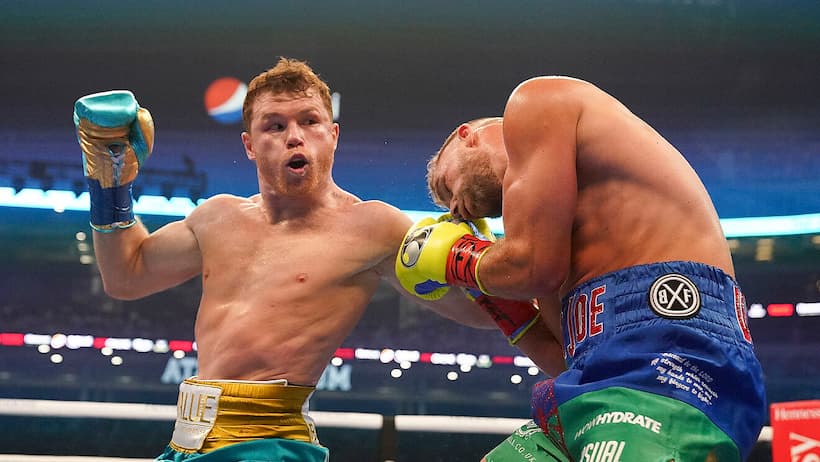 Expect a slow start as Plant keeps the distance and looks to score points with feather dusters from the outside. However, as the rounds tick by, Canelo’s power is likely to shine through, and we’re concerned about how Plant will stand up to the Mexican’s bodywork.

Prediction: Alvarez to win via KO/TKO/DQ (-200) is the most logical bet. However, if you’re looking for a slightly better payout, Alvarez to win by KO in round 9 at +1000 would be worth a punt.

Canelo Alvarez vs Caleb Plant Betting Tips: Get a $2,500 Deposit Bonus at BetUS ahead of the bout

BetUS is offering a first-time matched deposit bonus that’s worth up to $2,500 to anyone that signs up with the sportsbook in time for tonight’s middleweight title unification clash between Saul Canelo Alvarez and Caleb Plant. To claim your 125% deposit welcome bonus, just follow the simple steps below: