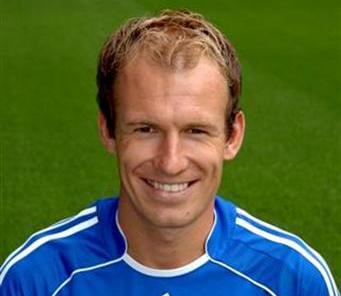 Our Expert presents picks for the Boca Raton Bowl between the high-flying Hilltoppers of Western Kentucky and the Appalachian State Mountaineers.

Click here to get a $1,000 deposit bonus at BetOnline when you sign up to wager on Hilltoppers vs the Mountaineers

For a full preview, the latest odds, and free picks for the game, read on:

Below are the latest odds as broadcast on BetOnline, plus our preferred wager that’s currently featured on the prop market:

The Western Kentucky Hilltoppers enter the Boca Raton Bowl with an 8-5 record. They finished with a 7-2 record in conference play but suffered a loss in the Conference USA title game to UTSA in overtime.

As for Appalachian State, it also fell in the Sun Belt Conference Championship game 24-16 to the University of Louisiana-Lafayette after falling 41-13 to Billy Napier’s squad earlier that season.

Since the move to the FBS, the Mountaineers have been one of the most consistent teams in all of college football. The team’s only blemishes on its record are the 25-23 loss at Miami and two losses at Louisiana.

I’ve heard a saying that goes something like “teams on paper don’t make a good game, matchups do.” I’m not sure if I have it exactly right, but I understand it, and it couldn’t apply more for this game.

The Western Kentucky Hilltoppers are led by Houston Baptist transfer Bailey Zappe, who has been nothing short of electric this season. He led the country in both passing touchdowns and passing yards for a Western Kentucky offense that averaged the second-highest scoring offense in the country (43.1 points per game).

If you like teams that will just throw the ball around the yard, the Hilltoppers are the team for you. Zappe already does that on weekly basis, now add in the factor that he’s five touchdown passes away from breaking Joe Burrow’s record from a few years back.

Zappe will probably garner some Day 3 interest in April’s NFL Draft, but this will surely be the last time we see him play as one of the game’s top passers.

On the other side, Appalachian State, led by head coach Shawn Clark, makes its living on running the football and playing defense. Clark will likely look to control the pace of the game by using the running back tandem of Nate Noel and Camerun Peoples.

Noel rushed for 1,074 yards and four scores on the season, while Peoples rushed for 825 and 14 touchdowns. Point being, no matter which back the Mountaineers have on the field, they’re a legitimate threat.

At the end of the day, I think this will be one of the most fun games we’ll have in the entire bowl season. Zappe will be throwing it around the yard, and I fully expect at least one of App State’s running backs to break off some huge runs and take advantage of Western Kentucky’s run defense.

If I’m on the West Coast and I’m looking for a reason to wake up on a Saturday and bet this game, the pick almost surely is the over 66.5. Western Kentucky will keep the game close just trying to get Zappe his record.

With Zappe shooting for the record and Western Kentucky’s below-average run defense, I highly expect this to turn into a shootout.

To claim up to a $1,000 deposit bonus at BetOnline, just follow the steps below. There are also plenty of other deals available via the BetOnline promo codes found at the link.