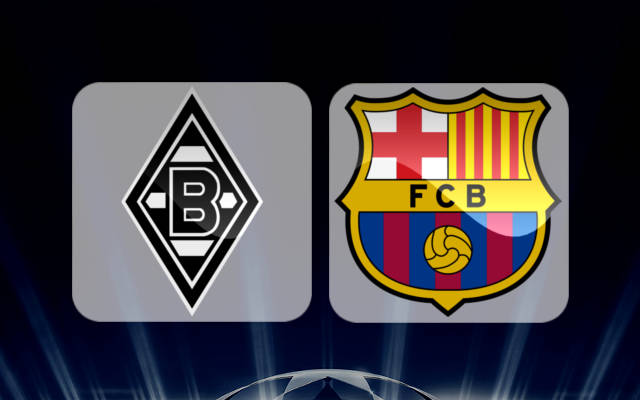 Borussia Monchengladbach host Barcelona in the Champions League this week.

The German outfit had a catastrophic start to their European campaign this season. They were beaten 4-0 by Manchester City in their opening game.

Defensively Gladbach have been very inconsistent and it will be interesting to see if they change their approach for this game in order to contain the likes of Suarez and Neymar.

The Bundesliga side can hurt their opposition on the counter and that is how they are likely to set up against the Spanish champions.

The home side will look to dig deep and hit Barcelona on the break.

Gladbach will be without their charismatic forward Raffael. The attacker missed out on the win over Ingolstadt at the weekend.

Spanish giants Barcelona will fancy a big win here. Gladbach were torn apart by City in their opening game and they will be up against a better side here.

The likes of Suarez and Neymar are in red-hot form and will cause all kinds of problems for the German outfit.

The La Liga outfit were breathtaking against Celtic and scored seven times. They will be aiming for a similar result here.

Lionel Messi and Samuel Umtiti are the only injury worries for Luis Enrique this week.

Barcelona have won 18 of their last 22 matches in the UEFA Champions League.

Barcelona have scored at least 2 goals in 19 of their last 23 matches in the UEFA Champions League.

There have been over 2.5 goals (4/9) scored in 9 of Borussia M.Gladbach’s last 11 games in the UEFA Champions League. Barcelona have scored a fair few in their last 11 games as well. A high scoring game seems likely.

Barcelona are in tremendous form. Get them to win at 4/9 with Ladbrokes.

Gladbach are no pushovers and will do their best to contain Barcelona.

Despite their performance against City, they are certainly better than Celtic and will look to pull off an upset here.

However, quality should prevail. A comfortable win for the away side seems likely.