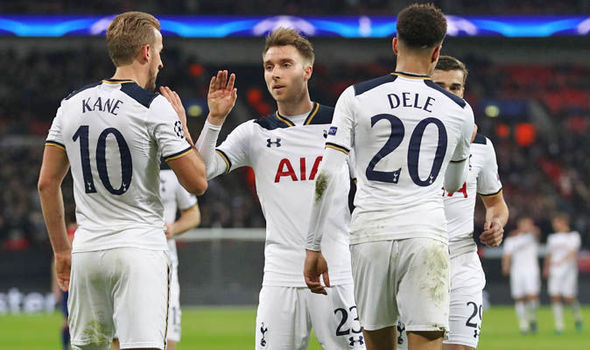 Spurs will look to bounce back from their defeat against Arsenal with a win in the Champions League this week.

The Londoners can secure top spot in Group H with a win over Dortmund. The German outfit are currently on a three-match losing streak and this is a must-win game for them if they want to qualify for the knockout rounds.

Peter Bosz’s men are lacking in form and confidence right now and they will struggle to contain a motivated Spurs unit here.

The home side will be without the services of Durm, Reus, Piszczek, Sokratis and Rode due to injury.

As for Spurs, Wanyama, Alderweireld and Lamela will miss out.

Borussia Dortmund have seen over 2.5 goals (3/5 with Mr Green Casino) in their last 4 matches against Tottenham in all competitions.

Borussia Dortmund have failed to win their last 6 matches in the UEFA Champions League. Get Spurs to win at 11/5 with Mr Green Casino.

Tottenham are much better on paper and they should be able to secure the three points with ease.

Dortmund are badly out of form and they will need a major slice of luck to get something out of this game.

The Arsenal defeat will have motivated Spurs for this one and an away win seems certain.