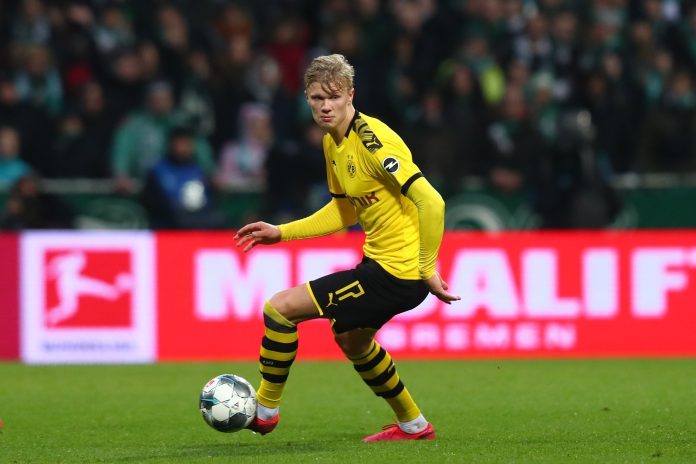 Borussia Dortmund have made a mediocre start to the Bundesliga this year and they are fourth in the League table eight points adrift of league leaders Bayern Munich.

It will be interesting to see if the German side can regroup and launch a proper title challenge during the second half of the season.

Borussia Dortmund have an impressive attack at their disposal but they need to improve on the defensive front.

They have lost five of their 14 league games and have conceded 18 goals in the Bundesliga so far. Borussia Dortmund will have to tighten up at the back if they want to challenge the likes of Bayern Munich.

Dortmund have been conceding unnecessary goals this season and they will have to improve the quality of defenders at the club if they want to win some silverware this season.

It will be interesting to see if the German club are willing to back interim manager Edin Terzic in the transfer window this month.

Midfielder Julian Brandt has been linked with a move away from Borussia Dortmund and it seems that the player could be on Arsenal’s radar.

The likes of Jadon Sancho and Erling Haaland have been linked with top clubs as well but a January departure is almost impossible. Dortmund will not want to weaken their squad by selling their top attackers.