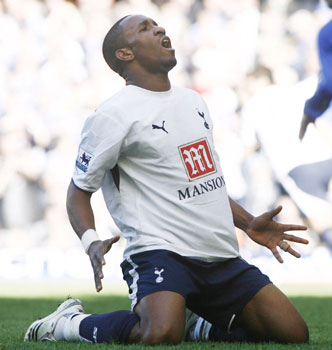 Tottenham Hotspur look to remain in 4th place in the English Premier League table as they host Blackburn Rovers on Saturday, March 13, 2010.

Spurs head into the match in the last UEFA Champions League with 49 points while Blackburn Rovers are in 12th place with 34 points. Tottenham’s home record is 9-2-3 with a +21 goal difference and Blackburn’s away form is 1-3-10 with a -24 goal difference. On paper, it shouldn’t be a close match as Tottenham have been one of the strongest teams in the EPL at home and Blackburn are one of the weaker away teams.

Ledley King, Tom Huddlestone, Jermaine Jenas, Aaron Lennon, and David Bentley are all out with injuries for Tottenham. Blackburn will be without Lars Jacobsen, Ryan Nelsen, and Vince Grella for the trip to White Hart Lane.

While Blackburn are currently safe from relegation but too far from contending for a European spot, they still want to finish as high in the table as possible. Tottenham has several starters unavailable for the match still have more than enough players healthy to win the match.

Blackburn have shown their inability to score goals on the road and will likely need two or more just to get a draw. Tottenham have some options up top with Peter Crouch, Jermain Defoe, and Roman Pavlyuchenko all available for the match. Crouch had a solid performance for England in a friendly recently but has not scored in the Premier League since January 26th. The Rovers led by David Dunn with five goals in the EPL but he hasn’t scored since Novemer 22nd.

Totteanham will win the match 3-1.

You can watch Tottenham v Blackbur live online as well as dozens of other Premier League and European football games. Read our live Premier League football page for more details.