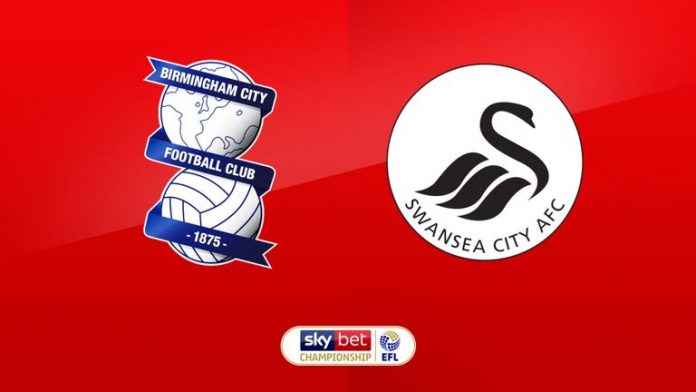 Swansea City will travel to St Andrews to face Garry Monk’s Birmingham City in the Championship clash on Friday night.

For Swansea fans travelling to the game, check out this Away Day guide for helpful information.

Swansea are setting up an early momentum in the league having won their previous two Championship games. A 2-1 victory away to Hillsborough on the opening day was followed up by a solid 1-0 victory against Preston last week. Can they make it three in a row?

Bet UK’s match preview has Swansea winning 1-0 away, but the reqal question is whether the Swans can keep a clean sheet or not.

Graham Potter’s side are up against a team that have struggled off the pitch throughout the summer (although Monk did sign a few players after their transfer ban was lifted with partial restrictions imposed) and are currently struggling on the pitch as well.

Monk did well to steer Birmingham away from relegation towards the end of last season, but he will be feeling the heat after failing to win in their opening three matches.

Birmingham started their 2018-19 Championship campaign with a 2-2 draw against Norwich, and suffered defeats against Middlesbrough and Reading in their last two games, although the last defeat came in the EFL clash in the midweek.

Thus, Swansea clearly will start the game as pre-match favourites, but away to St Andrews on a Friday night is a unique experience, and it could be a true test for the Swans.

The Swans will be without their first-choice goalkeeper Kristoffer Nordfeldt after he picked up an injury during the first half of Swansea’s 1-0 win over Preston in the last match. The 29-year-old Erwin Mulder is expected to replace him.

Dutch midfielder Leroy Fer returned to first team action in the last match, and it remains to be seen whether he gets the nod ahead of Tom Carroll.

Wilfried Bony won’t be fit for the game, but Swansea will hope that Oliver McBurnie will continue to make an impact as he did in the previous games.

Both the teams have only played each other four times in the last 20 years, and the last time they were in the same league was in 2008.

For more reading ahead of the game, see Bet UK’s preview, and remember to check the Away Day guide if you are travelling to Birmingham.