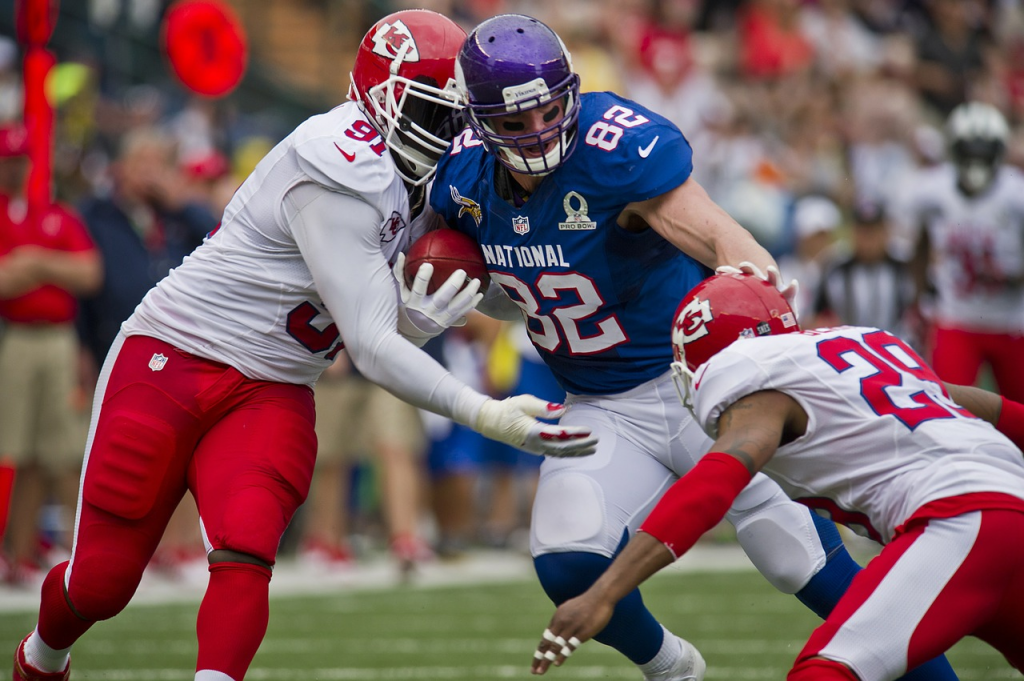 The kick-off season of the 2020-21 NFL is fast approaching, which will happen on September 10, 2020. It will bring another exciting 17-week playoffs schedule, highlighting the 32 teams representing the AFC and NFC. The NFL will conclude on February 7, 2020, with the Super Bowl LV setting at Raymond James Stadium, Tampa, Florida.

In line with that, last year’s Super Bowl champion, the Kansas City Chiefs will try to vie for the same title in two consecutive years. Besides that, they will open the NFL this year competing against the Houston Texans in the AFC. There are no significant line-up changes for the Chiefs this year, so fans can still expect returning players.

As the Chiefs vie for the Super Bowl LV trophy, fans are heavily rooting for this team to appear in the finals. In fact, when you bet on the NFL today, the Chiefs take the heavy favorites and generate impressive odds lines. Can this team manage to take a repeat title this year? Here are their greatest advantages.

AFC Competition Is A Bit Easier

The Chief’s business of dispatching the San Francisco 49ers last season was successful after they dominated the Divisional Playoffs in the AFC. Their biggest AFC South rivals, like Tennessee Titans and Houston Texans, were easily defeated by the Chiefs, earning their ticket to the league playoffs in no sweat.

This year, the journey of the Chiefs to overpower the fifteen AFC teams is a bit easier. Although they will face the Houston Texans in the opening day, which was the only team that bested them last year, they can still manage to win the game. If the Chiefs capitalize on the home-court advantage this September, there is no further debating to do if they can win.

The only thing that every coach can’t teach their players is speed. In a football match, a player must learn how to create variations with his speed, allowing him to score without fouls. For the Kansas City Chiefs, the repeat title is not an issue since all of the player’s offenses are deadly.

Looking into last year’s player statistics, Tyreek Hill contributed a lot for the Chiefs to accumulate an impressive ending by blowing out a tough offense. Apart from that, Mecole Hardman, Demarcus Robinson, and Sammy Watkins were the gentlemen they counted on who worked precisely with their quarterback.

Continuity Is The Key

The COVID-19 pandemic is a big test for the NFL season this year, and the outcome is a huge achievement if it appears successfully. The offseason was a bit challenging since the teams have to do the drafting virtually. It’s quite a big disadvantage for the teams who traded and acquired players without going to minicamps and in-field workouts.

For the Kansas City Chiefs, their run for glory this year in the NFL is in continuity. All key players who made the team successful last year are back in full force. It will serve as their greatest advantage since many senior players are performing, which can overpower the rookies from their opponents.

Andy Reid Is A Rising Coach

Andy Reid joined the Kansas City Chiefs as the head coach in 2013. The team considered him as a godsend, putting the troupe in perfect pre-season positioning. Aside from that, he is considered one of the NFL’s rising coaches and has been consistently honing football talents.

Not only is Reid making effective game plans, but his relationship with his players is incredible. He had built a great connection with his main man, Patrick Mahomes, which will eventually continue as years go by.

The Super Bowl LIV MVP and a two-time Pro Bowl recipient, Patrick Mahomes, is looking to build his supremacy in the NL working for the Chiefs. At 24, Mahomes will play for the Chiefs in his third year, which brought his team to a happy ending last NFL season. Today, a more boosted Mahomes is back as the Chief’s main quarterback.

The football community has considered Mahomes to have all the elements needed for a team to win a Super Bowl title again. Only a few players do great both in the offense and defense, and Patrick Mahomes is one of them. With the same players working directly with Mahomes, the repeat Super Bowl title is not impossible for the Chiefs this year.

Of all NFL teams looking to start the season impressively, it seems that the Kansas City Chiefs are having a free ride in their quest for a repeat Super Bowl title. With the Chiefs having Patrick Mahomes, Andy Reid, returning veteran players, easy schedule, and deadly offense, achieving the Super Bowl LV Lombardi trophy for the second time is a piece of cake. The other teams should definitely look out for the Chiefs again this year.