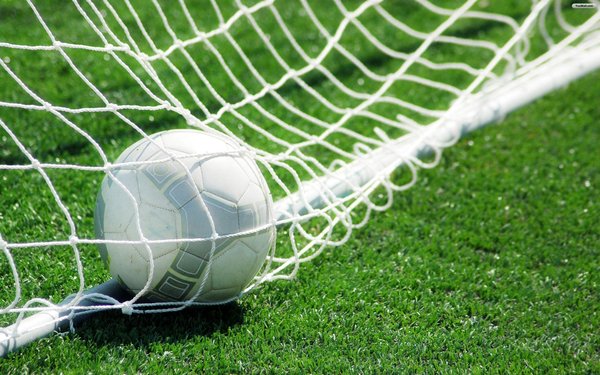 Nothing makes our day, if our predictions get right. And, what if, you could predict 9 out of 10 correct? 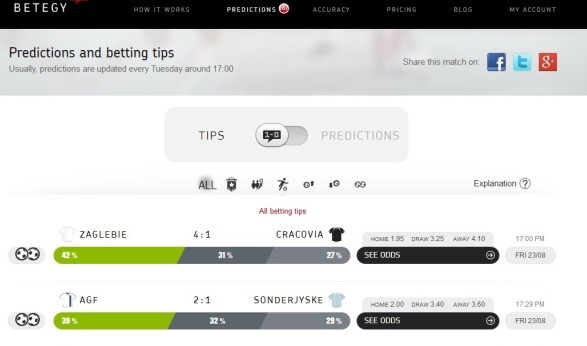 Betegy is an online service that satiates your predictive instincts, as it provides football predictions. Basically, it calculates the best odd for any game and provides a better knowledge how to bet in order to win.

Based in Warsaw, Poland, Betegy provides precise predictions for 22 most popular leagues and cups: England’s Premier League, Germany’s Bundesliga, La Liga in Spain, Italy’s Lega Serie A, Ligue 1 in France, Brazilian Serie A, Argentinian Primera A,  Japanese J-League, MLS in US and Canada, Champions League, Europa League and many others.

CEO and founder Alex Kornilov says the average accuracy of its soccer predictions is 76%, which varies depending on the league. For instance, the Premier League is arguably the best league in the world with so many strong clubs that gives the league stability, hence games are easier to predict with an average 90% accuracy.

The commercial application of Betegy seems endless as well. They are about to reveal a deal with a major U.S. broadcaster and are in talks with providing predictions to a large European mobile player.

Each and every week, Betegy generates 70+ football predictions based on their hard data and statistics. Out of these, they pick up 20+ most profitable matches to bet on. Apart from presenting score predictions for each match, they also present a % reflection of the win/draw/loss probability distribution.

Further, the analysis is broken down into further details like what are the probabilities of the amount of goals scored by each team. They also compare the odds of other book-makers and provide variety of tips based on analysis of statistics, probabilities and news.

At the heart of their company, lies an algorithm that considers huge range of factors. On a broader level, two layers of data are used to predict the outcomes. The primary is to look at basic statistics like the team’s past performance and average number of goals. The second set of data deals with events that can affect a players’ motivation like weather and life events.

“Usually in poor weather the manager will tell players to shoot from further out. Knowing these small things allows us to tweak the analysis in favor of Manchester United.”

To put it simply, there are certain ways by which Betegy uses their prediction. First, football predictions based on number, as already mentioned above. Secondly, predictions based on footballing factors like transfer, suspension and injury news. Thirdly, the factor of team dynamics, that is, analysis based on their recent performances. Further, the system is automated, that is, it works 100% automatically without any human interference or emotions. And finally, it uses methodological models, like a modified Dixon and Coles model and method of similar opponents.

The company is mainly funded by Bmp media investors – a Berlin based Investor Company that took control of 30% stake in Kornilov’s company last summer. Betegy are trying to expand their coverage to 25 countries and also developing a system to predict outcomes for tennis matches and basketball games as well.

For more information or to check out the excellent betting tips that can revolutonise the way you wager, visit the BETEGY website today.