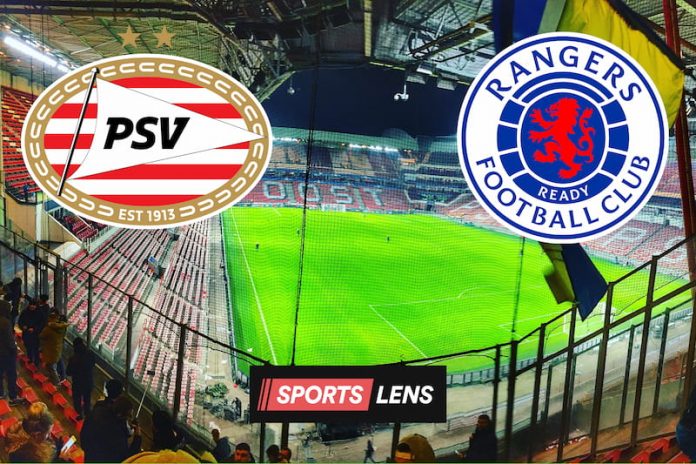 The Sportslens football bet of the day for Wednesday evening sees us attempting to predict the second leg of PSV’s Champions League qualifier against Rangers.

Wednesday’s Bet of the Day: PSV vs Rangers

Our bet of the day sees us taking a trip to the south of the Netherlands as PSV host Rangers in a crucial second leg Champions League qualifier.

The first leg was a high-octane, goal-fuelled score draw with both teams showing off their undoubted attacking abilities, but also some glaring defensive frailties.

A return to the Philips Stadion may well suit the home side and we should be expecting a rapturous reception as they aim to reach the group stages for the first time since 2018.

Meanwhile, former Feyenoord player Gio van Bronckhorst looks to lead the ‘Gers back to the group stage for the first time in over a decade. After a mighty campaign on route to the Europa League final last season the Dutchman will be looking to recapture some of that European magic here to find a way past a stubborn PSV side.

Giovanni van Bronckhorst says his squad are ready to ‘give everything’ on the pitch tomorrow evening in their #UCL play-off against PSV Eindhoven.

Read a full match preview from the boss 👇

For our selection, we have been busy researching and if their respective form is anything to go by, we should be expecting goals here. Not only did the first leg yield two goals each for both sides, but Rangers have seen 17 goals in their previous five, while PSV have witnessed 21 goals in their last four.

With this in mind, we are expecting both sides to get on the scoresheet once more, but the first leg highlighted just how close they are in terms of quality. Although Rangers were on top for the majority of the game, PSV showed their resolve by clawing their way back into it late on, and they will relish being back in front of their home fans.