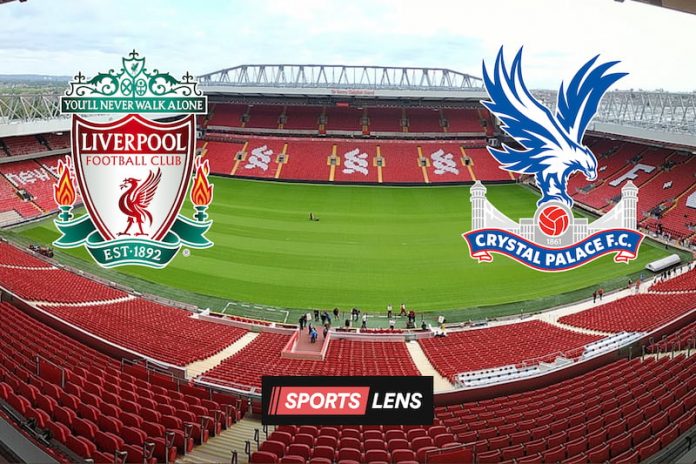 The Sportslens football bet of the day for Monday evening sees Liverpool return to Anfield for the their first home game of the new campaign, as they welcome Crystal Palace.

Bet of the Day: Liverpool vs Crystal Palace: Salah to Score / Over Two Goals / Fabinho to be Booked – BOOSTED @ 16/1 with bet365

Monday’s Bet of the Day: Liverpool vs Crystal Palace

With Liverpool holding an iron-clad record against tonight’s opponents, we have selected a bet builder to stretch the odds a little bit further.

For our first selection, we are tipping last season’s joint top scorer to make it at least two in two for the new campaign.

Despite the Reds falling short to newly-promoted Fulham in their opener, Salah remained a constant threat throughout and looks as decisive as ever in front of goal.

The mercurial Egyptian has netted six goals in the last seven meetings with Palace, including in the repeat of this fixture last season.

Next, we are expecting there to be goals tonight given the recent history between these two.

In six of the last seven league meetings, there having been over two goals, and given the respective performances on match day one from both teams, we can’t see it being any different.

Liverpool shipped two goals and looked uncharacteristically shaky at the back, but their attacking prowess saw them snatch a point, while Palace threatened Arsenal throughout but also let in two goals.

Fabinho to be Booked

To round off our bet builder, we have picked out Fabinho to be carded.

While the majority of his defensive work is clean and efficient, the Brazilian is known for his any-means-necessary prevention methods in the centre of the pitch. Given Palace’s wingers, who like to drift infield, are lightning fast and fleet-footed, it wouldn’t be a surprise to see him get caught out on more than one occasion.

This has seen him pick up 25 yellow cards in 116 appearances, including seven last season.

Bet of the Day: Liverpool vs Crystal Palace: Salah to Score / Over Two Goals / Fabinho to be Booked – BOOSTED @ 16/1 with bet365