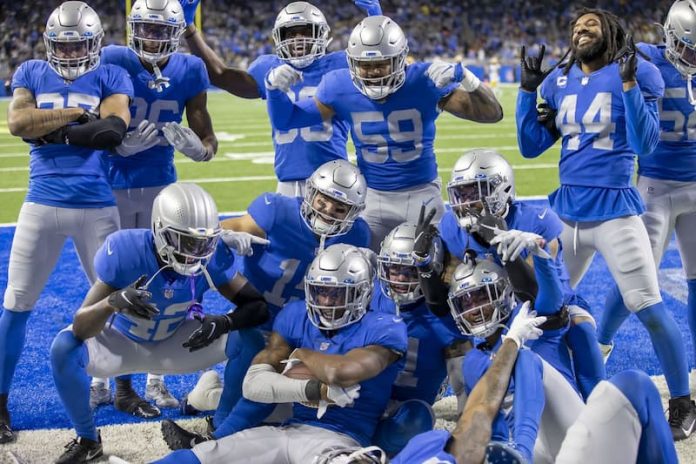 Week 5 of the NFL season will be here before we know it. We’ve compiled a list of three early bets you should consider making before the public bets them to death.

Back our Early NFL Best Bets with BetOnline

We have an interesting non-conference matchup between two 1-3-0 sides, but that’s where the similarities end. Detroit enters this matchup with a 3-1-0 ATS record, while New England is 1-2-1 vs the spread.

The Patriots have too many question marks at QB for us to back them, but it isn’t difficult to back a 3-1-0 Lions side scoring 31 points per game. The New England defense allows far too points per contest, and this Pats offense isn’t going to be good enough to outscore a particularly bad Detroit defense.

We even believe the Lions +135 moneyline is a viable bet as well, and especially so if Detroit RB De’Andre Swift and WR Amon-Ra-St Brown suit up after missing last weeks 48-45 home loss to Seattle.

A pair of NFC teams meet in this clash, between the 2-2-0 San Francisco 49ers and the 1-3-0 Carolina Panthers.

Carolina doesn’t play good football and even though the 49ers have a quick turnaround, their defense could be the best in the league and Panthers QB Baker Mayfield won’t fare well against a San Francisco defense allowing under 200 passing yards per game.

The Panthers defense is the best part of that team, but 49ers QB Jimmy Garoppolo is looking better each time he steps on the field, and he’s surrounded by too many offensive weapons for the Carolina defense to handle.

Important trends for this matchup;

We have AFC West Conference football when the 1-3-0 Las Vegas Raiders meet the 3-1-0 Kansas City Chiefs for Monday night football.

Las Vegas has struggled, and its offense hasn’t been able to produce more points than they allow. Granted, their schedule has been heinous, but the Raiders offense is currently their Achilles Heel, and Kansas City is going to throttle this Raiders side at Arrowhead.

The Chiefs schedule hasn’t been any easier, and they are coming off a strong 41-31 away victory over Tampa Bay. Neither side is a defensive juggernaut by any stretch of the imagination, and if this turns into a shootout, the Chiefs offense will step up and cover the spread.

Important trends for this matchup

Back Kansas City -7.0 @ -115 BetOnline
Join our Telegram channel to stay up to date on the latest in marketing