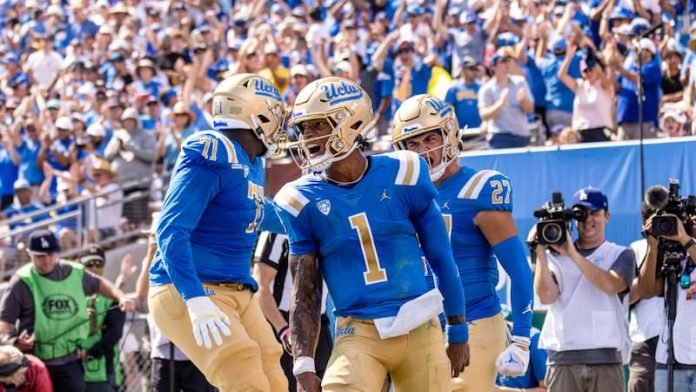 Week Eight of the NCAAF season will be here before we know it. We’ve compiled a list of three early bets you should consider before the public bets them to death.

Conference USA is in the house, and the home underdog is the play we like here. This game opened at Louisiana Tech at +2.5, with a slight move toward the Bulldogs at +3.0.

Bulldogs QB Parker McNeil has slung it for 1591 yards with 14 scoring strikes and will face a stiff test against an Owls defense allowing just 191 passing yards per contest. Rice lost each of its three away games straight-up, including an upset away loss last week against FAU, and as much as I like the spread, the money line is also in play. Look for the high-volume Louisiana Tech offense to get the job done and outscore Rice Saturday afternoon.

We have Big-12 Football to consider Saturday between No. 20 Texas Longhorns and No. 11 ranked Oklahoma State Cowboys. The game opened at OSU +4.5 and has leaped to OSU +6.5, and we’re going with the home underdog to cover and possibly win this contest straight-up.

Texas has won three straight, but they lost their last away game to Texas Tech, which is concerning. Meanwhile, the Cowboys fell to No. 13 TCU on the road in double-overtime but has played the tougher schedule with a strong home victory over No. 16 Baylor,  and there’s no way OSU should be this big a home underdog.

We have the Pac-12 Saturday when the No. 9 ranked UCLA Bruins meet the No. 10 Oregon Ducks. UCLA enters this contest 6-0 with a pair of consecutive top-25 victories, while Oregon has reeled off five consecutive wins after suffering an opening night loss to then No. 1 Georgia.

You have to love UCLA in this spot, and we love them covering the spread Saturday. They could win this game SU, but this will be the Bruins’ first big away test. Eugene isn’t always the easiest place to play for an away side, but this should be a terrific game between two very good veteran offenses with solid QBs. This one looks like a high-scoring affair that bodes well for the high-scoring Bruins offense.

UCLA Bruins +6.0  @ -110 with BetOnline
Join our Telegram channel to stay up to date on the latest in marketing