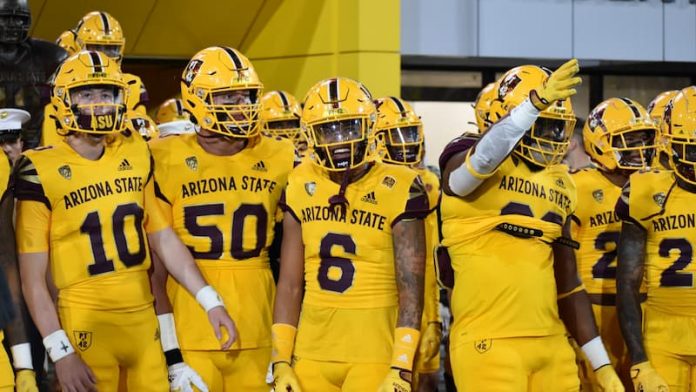 Week Six of the NCAAF season will be here before we know it. We’ve compiled a list of three early bets you should consider making before the public bets them to death.

We have ACC Conference tackle football on Saturday afternoon and this should be a good one. Duke is 4-1 this season and 3-2-0 ATS, taking on a 2-3-0 Georgia Tech team with a 2-3-0 record against the number.

Georgia Tech has already played three top-25 schools and coming off of an upset over  No. 24 Pitt is Pittsburgh. Duke might have a good defense, but they did lose to Kansas and that the Jayhawks are probably the best team they’ve faced thus far. Georgia Tech was able to put points on the board against a very sound Pitt defense, and we expect them to do the same Saturday against the Blue Devils.

Arizona State has played three top-25 teams thus far and is 1-2-0 ATS against those teams. The Huskies defense has failed to impress thus far, and we think Arizona State can score with them. Washington QB Michael Pennix Jr is having a fantastic season, but the ASU defense is probably better in person than paper, and ASU should cover the 14 points at home.

Kent State has already faced a pair of nationally ranked sides, but the 30 points per game they’ve allowed were mostly due to those losses. That being said, the Bobcats is as leaky as the Golden Flashes and that indicates that maybe M-OH can keep up with Kent State offensively. We believe that will indeed be the case and the Bobcats cover the 14 Saturday afternoon.