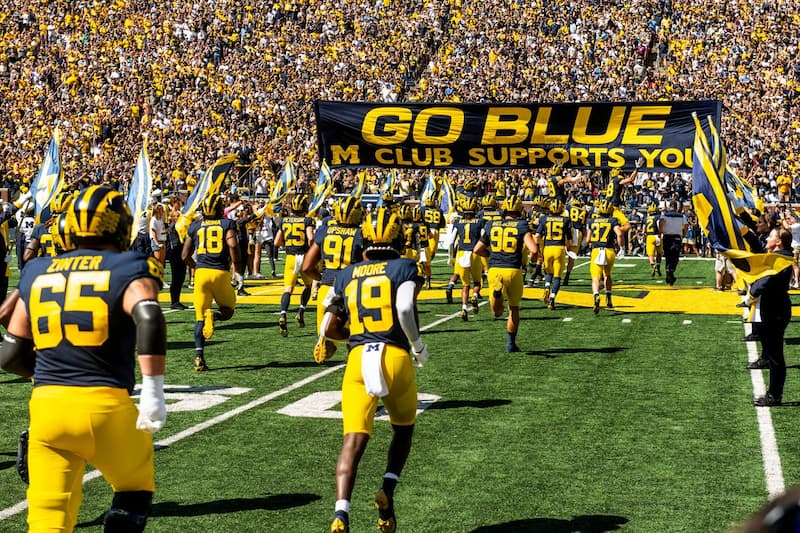 Week four of the NCAAF season will be here before we know it. We’ve compiled a list of three early bets you should consider making before the public bets them to death.

Both sides enter their first Big Ten matchup of the season with identical 3-0 records. This past Saturday, Maryland slid past SMU 34-27, while No. 4 ranked Michigan thumped UConn 59-0 in the Big House.

Both schools are scoring over 40 points per game thus far, but that’s where the similarities end. Maryland allows an average of 19.3 points per game, while Michigan hasn’t allowed that many points combined through their first three games of the season.

Look for Michigan running back Blake Corum to run roughshod over a Maryland side allowing 118 rushing yards per contest.

Michigan is 6-1 ATS over their previous seven games and 6-1 SU over those last seven meetings vs Maryland.

Take Michigan to cover the spread in this one.

The Razorbacks average 38 points per contest but yield 27 points, whereas the Aggies score 21 points per matchup and surrender a paltry nine points per game.

Texas A&M is 7-1 over their last eight meetings, but Arkansas has covered the spread in four of their last six matchups.

Mountain West Football is in the house, and we have a strong matchup when the 2-1 UNLV Rebels meet the 1-2 Utah State Aggies. UNLV thumped North Texas 58-27, while Utah State fell to Weber State 35-7 10 days ago.

The Rebels are scoring 41 points per contest yet surrender 23 per game, while Utah State averages 12 points and allows 36 markers per matchup in 2022.

The harsh reality here is Utah State has trouble scoring the football, but are tremendous defenders. Look for UNLV RB Aiden Robbins to have his way behind a solid Rebels offensive line and gash an Aggies defense allowing 240 rushing yards per game.

Utah State is 4-0 vs UNLV and 3-1 ATS over their past four meetings.

Back UNLV -2.5 @ -110 With Bovada
Join our Telegram channel to stay up to date on the latest in marketing