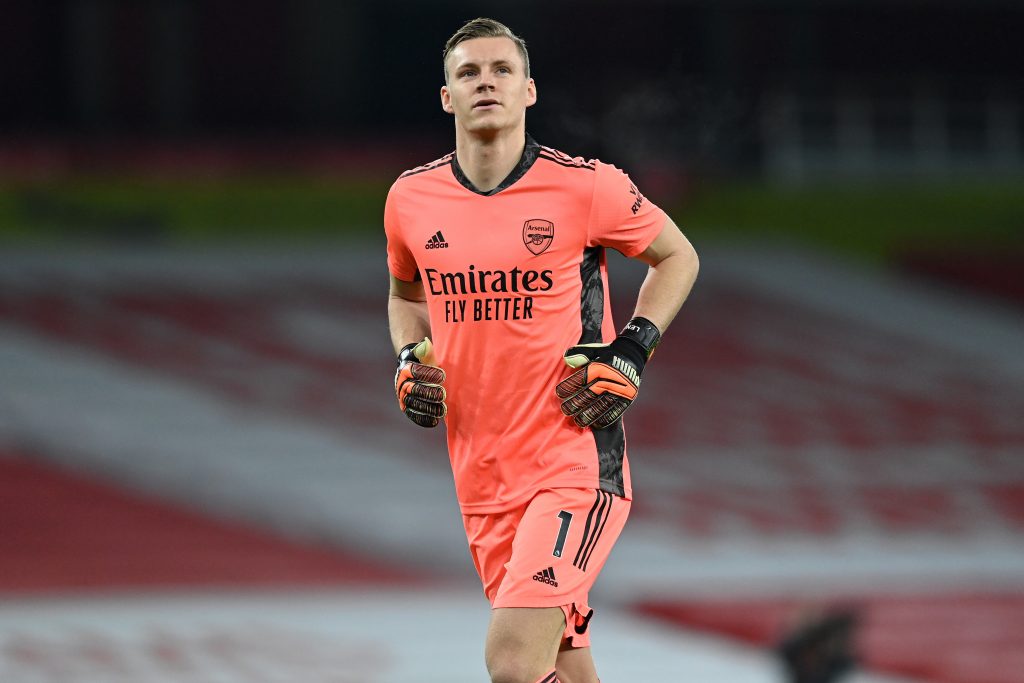 In an exclusive interview with Sport1, Arsenal goalkeeper Bernd Leno has said that he has no intention of leaving the club during the upcoming transfer window.

Leno has had a mixed campaign with the north London club, with his performances since the turn of the year particularly inconsistent.

Despite this, he continues to remain the first-choice goalkeeper and has affirmed his commitment towards the club ahead of the summer.

It was recently reported that Leno could push for an exit, but the 29-year-old has dismissed the prospects of that happening in the near future.

He said: “I don’t want to flee here – I feel good and want to be successful again with Arsenal!

“Arsenal are a big club, which is extremely underestimated in Germany – there are many Arsenal fans all over the world.

“I still have a two-year contract and hope to play in the Champions League again with Arsenal.

“It is also clear that at some point in my career, I want to do something different. So far, I’ve played for two clubs.

“Maybe I’ll get the urge to play in another league again. But there is time – I’m still getting to the prime goalkeeping age. But my focus is on Arsenal FC.”

The Gunners had to make a decision over the number one role last summer, and they decided to stick with Leno while parting company with Emiliano Martinez.

Leno has had some horrendous moments in goal this term, but overall he has shown his quality with several crucial saves for the club.

He continues to receive backing from most of the club’s supporters and has now cleared the speculation regarding his future.

Leno’s current £100,000-a-week deal expires in two years, and the Gunners’ hierarchy could open negotiations over a new contract soon.

The shot-stopper has kept 10 clean sheets in the league this term and will hope to end the season on a positive note with two more shutouts.

The club make the short trip across London to face Crystal Palace tomorrow before hosting Brighton & Hove Albion in the final matchday of the campaign.