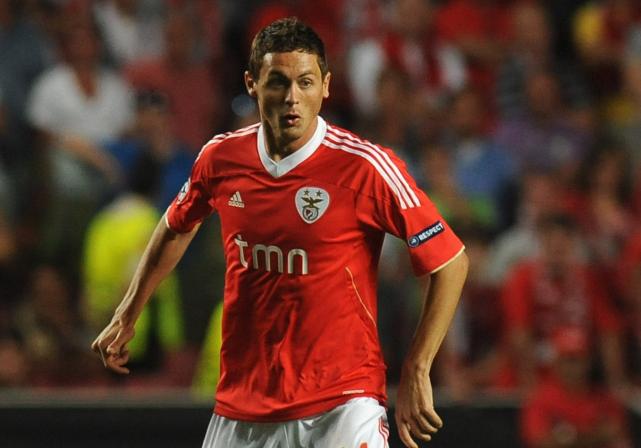 Benfica midfielder Nemanja Matic has been attracting interest from a number of sides across Europe. However, Premier League side Chelsea look to be the favourites to procure his signature this summer.

Matic, 24, is a former Chelsea player – having made three appearances for the Blues between 2009 and 2011. The London side loaned him out to Dutch side Vitesse for the 2010/11 league campaign and he was subsequently sold at the end of the season as part of a deal to bring Brazilian international defender David Luiz in the opposite direction.

In his two years at Benfica, Matic has shone in his performances. He’s made 75 appearances for the Portuguese outfit, scoring six goals. The 24-year old even won the 2012/13 Primeira Liga Player of the Year.

Chelsea manager Jose Mourinho has been tracking his progress for a number of years, and is reportedly willing to match Benfica’s £20M asking price.

‘I wish he does not leave, but this is almost impossible given the clubs that are following. Of course the possible sale of him worries me, it is not easy to replace a player with that sort of quality. He had potential, and now he is the player who is coveted by the best teams in Europe. – Benfica manager Jorge Jesus.’

The three-times winner of the SJPF Player of the Month award this season is a Serbian international – making 5 caps in total. However, he ruled himself out of contention for his country by announcing he wouldn’t play under current manager Sinisa Mihajlovic – citing how he hasn’t been afforded any playing time for Serbia.

While still only 24, Matic has played for a number of sides in his short career – FK Kolubara, MFK Kosice, Chelsea, Vitesse, and Benfica.

Chelsea defender David Luiz has reportedly tried to persuade him to join the Blues, but no official word has been made from the Matic camp surrounding his immediate future.