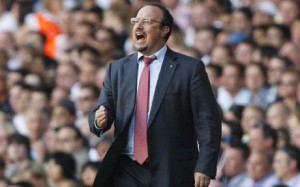 Liverpool begins the quarterfinal round of the UEFA Europa League with a trip to Lisbon to face Benfica.

While Liverpool continues their challenge for fourth place in the English Premier League, they will have a tough test in facing Portuguese Liga side Benfica. Both teams are capable of winning the entire competition and it should be a close first leg.

Liverpool’s main problem this season has been their horrible away form. At Anfield, they remain one of the toughest teams in the world but they’ve struggled in all competitions on the road. If they are to win at Lisbon, Fernando Torres and Steven Gerrard will need to lead the way. Torres has had several injuries this season but appears to be healthy and showed his clinical finishing ability on Sunday’s win against Sunderland. Gerrard has scored few goals this season but is known for his strong performances in European competitions.

The combination of Liverpool’s poor away form and Benfica’s strong home form should make for an entertaining match. Liverpool’s season has been disappointing with their EPL title hopes gone and their inability to make the knockout stage of the Champions League. Their last hope to win a trophy is the Europa League and could salvage their season.

Benfica needs a win in the first leg because its will be unrealistic to expect a draw or win at Anfield. Liverpool haven’t shown the ability to get wins on the road and Thursday will be no different.

Benfica will win the match 2-1.