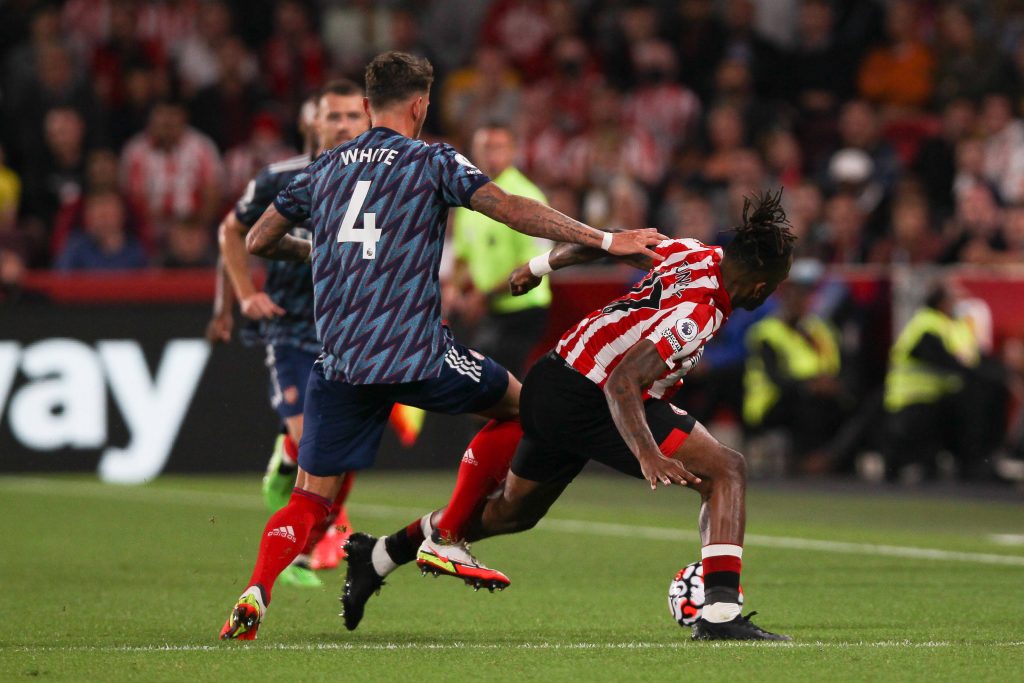 Arsenal will be without their summer signing Ben White for this weekend’s trip to Manchester City.

According to Sky Sports, the defender has tested positive for coronavirus.

White missed Arsenal’s 2-0 defeat to Chelsea on Sunday, and his absence will come as a blow to the Gunners against the Premier League champions.

Arsenal signed the 23-year-old centre-back for around £50 million from Brighton & Hove Albion, and they would have expected him to make an immediate impact.

White made his debut against Brentford in the Premier League opener, but the former Brighton defender produced a mediocre display against the newly-promoted outfit.

The Gunners have conceded four goals in their two games and will be up against one of the best-attacking teams around Europe in Man City.

Mikel Arteta’s site must tighten up at the back if they want to do well this season.

Arsenal have spent more than any other Premier League club in the transfer window and will be expected to get back into the Champions League by finishing in the top four.

The players and manager are under tremendous pressure after losing two games in a row.

Here is how some Arsenal fans reacted to news of White’s absence against City.

It just gets worse and worse for us. First of all, ARTETA AND EDU OUT!!!

as if him playing would have made any difference

It's not a blow please. It's not like his presence or even 4 of him will stop Man City thrashing us. Dead club.