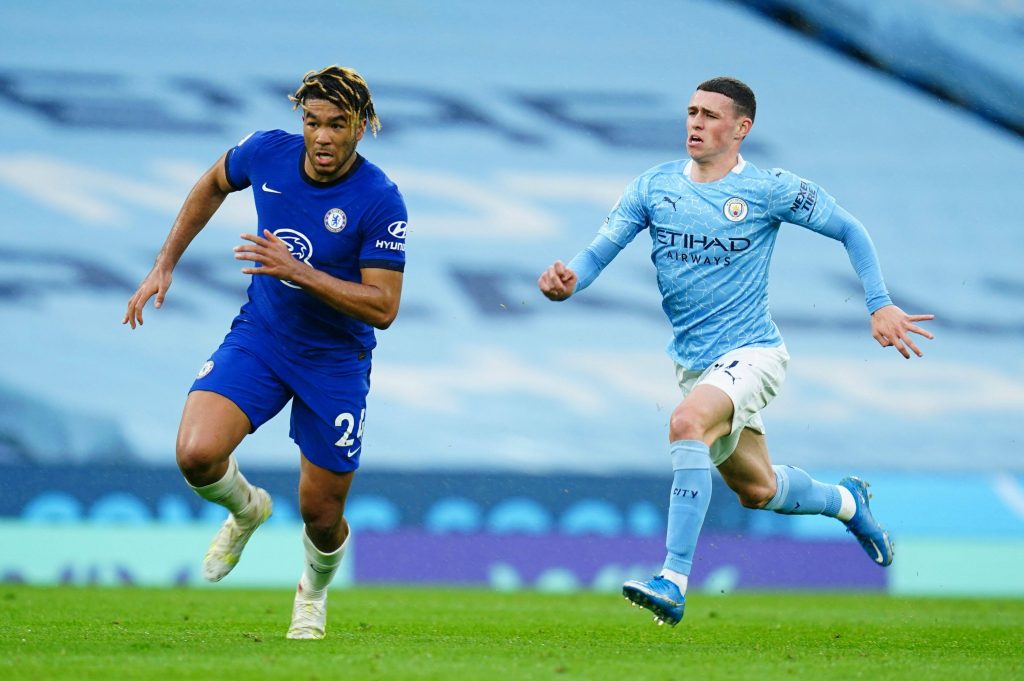 The Blues went behind in the 44th minute as Raheem Sterling scored his first goal for the Cityzens in nearly three months. Sergio Aguero had the chance to double the lead, but his attempted panenka penalty went all wrong.

Following the break, Thomas Tuchel’s side were certainly the better team going forward, and James was the driving force from the right wing-back spot, with regular overlapping wins where he got the better of Benjamin Mendy and Nathan Ake.

The Blues eventually levelled the scores through Hakim Ziyech following the hour mark. A minute before the final whistle, Marcos Alonso bagged the winner with a scuffed shot inside the box.

Ziyech and Alonso may have bagged key goals, but it was James who earned most of the plaudits from the club’s faithful. Chilwell, who was rested for the game, was also quick to appreciate his compatriot’s performance.

The victory has seen the Blues jump to the third spot on the table ahead of Leicester City, who suffered a disappointing 4-2 defeat to Newcastle United.

The club are six points clear of fifth-placed West Ham United, who have a game in hand. Judging by recent displays, they look best-placed to secure Champions League football.

They could also qualify by beating the Cityzens in the competition’s final this month. The momentum is on their side with back-to-back wins over Pep Guardiola’s side.

James could be starting the final following Andreas Christensen’s hamstring injury. Cesar Azpilicueta could continue in the central defence after the Dane’s setback.