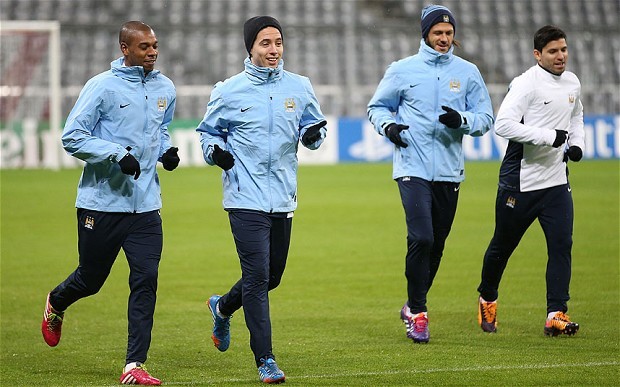 Manchester City have arguably the toughest game in world football to play on Tuesday night; an away day against European champions Bayern Munich.

Pep Guardiola has continued on where Jupp Heynckes left off, with the Bavarian powerhouses steamrollering everything in their path this season – including City at the Etihad Stadium. According to SportsBettingPal.com, Bayern are overwhelming favourites to retain this season’s Champions League trophy at odds in the region of 5/2.

Manuel Pellegrini’s side pride themselves on a stellar home record, but the English side were completely outplayed in front of their supporters, losing 3-1 to the Germans earlier in the campaign.

City’s elimination from the 2011-12 Champions League was partly due to the Allianz Arena outfit, with a 2-0 away defeat the game that Carlos Tevez famously refused to come of the bench.

As such City have a case for revenge, but will need to at their best to stand a chance of a positive result. Pellegrini’s men have not been good away from home this season in the Premier League, and were held 1-1 by Southampton in their last outing.

Bayern on the other hand have been in devastating form both at home and away. They warmed up for the clash with a 7-0 away win over Werder Bremen at the weekend and have been victorious in their last 11 games in row. Guardiola is still to experience defeat at Bayern coach.

The German side have a four-point lead at the top of the Bundesliga ahead of the clash and a home fixture against lower-half opposition, Hamburg, at the weekend.

City on the other hand have a critical domestic game against table toppers Arsenal on Saturday, in a fixture that the hosts must win to close a six-point gap.

With both Bayern and City already through to the next stage of the tournament, team selection in the game will be interesting. There is certainly a case for both sides to flex their respective muscles, but the reality is that the game is a dead rubber with the result unimportant on paper.

A City win here would be quite the statement though ahead of their clash with Arsenal and would also give the squad the belief that they can go far in the knockout rounds in Europe.

However, with Bayern in superb form and with a world-class team, City will need to be at their very best to avoid it being a long night in Bavaria.